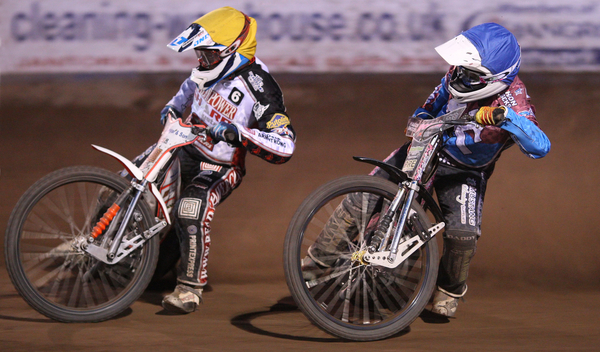 Richard Lawson will join The Vortex Lakeside Hammers as a new addition to the starting line up as a double up rider in place of Richie Worrall in time for next week’s start of the Elite League season.

Lawson was surprisingly left without an Elite League place despite an impressive showing for Peterborough in 2012, and joins the Club on loan from Workington where he rides as No.1 and Captain.

He will make his Hammers debut on Good Friday, with popular Hammers asset Stuart Robson filling the slot vacated by Worrall in this week’s home and away challenges with Peterborough, due to Lawson having prearranged off track commitments to Workington.

Hammers co-promoter Jon Cook said; “We are fortunate that Richard was available and he jumped at the chance of joining us. He is a great big track specialist and as such gives us strength at reserve on our travels to compliment Rob Mear’s small track skills, whilst he learns the Raceway circuit.

He is still in the early seasons of his Speedway career and we are delighted to be able to offer our No.7 spot to another ambitious up and coming English rider.”

On Worrall’s surprise departure Cook commented “We had dealings with the rider’s second agent of the winter and after an unprecedented attempt to renegotiate a contract signed before the end of last season we felt the rider’s heart was clearly not at the Club.”

Club owner, Stuart Douglas, although delighted to have a rider of Lawson’s ability join the team, was disturbed the departure of Worrall. “’I’m very disappointed in the turn of events, but I’m not interested in having a rider at this Club who has no desire to be here, despite happily signing a contract for 2013″, said Douglas.

“Richie is a very talented young man, but sadly he is receiving less than helpful advice from a third party with a vested interest in prising him away from this Club.

We have seen the damaging affect that the agent system has had on English football – I’m really sad to see that this has now entered speedway. The ones who really suffer are our fans, who were hugely excited to see such a prospect ride for the Hammers, and they can justifiably feel let down. I’m not sure I can ever fully explain to them how reprehensible I have found this unpleasant behaviour.

It leaves a very unsavoury taste, but we are a very positive Club with good energy and we will not be blown off course by this – it merely strengthens our resolve to do well in 2013.”