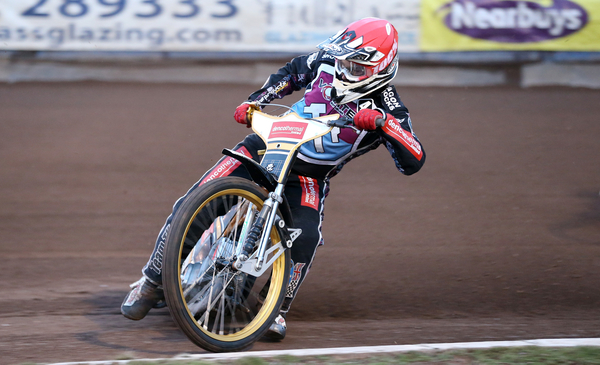 GREAT Britain boss Alun Rossiter has injected youth into his squad for the FIM Speedway World Cup which takes place in June.

The top two riders from the recent British Under-21 Final, Robert Lambert and Kyle Howarth, are both included in Rossiter’s 10-man squad for the tournament.

Meanwhile Danny King, Craig Cook, Richie Worrall, Richard Lawson and Lewis Kerr are all named once again, with the 10-man squad to be whittled down to five (four starters and one reserve) for the first round of the competition at King’s Lynn on Monday June 8.

Great Britain face Australia, the USA and Latvia at the Adrian Flux Arena seeking to repeat their result of last year when they secured a memorable victory to book an automatic place in the World Cup Final. The closing stages of the competition this year take place at Danish venue Vojens.

Rossiter said: “I think it’s very important to blood a few of the youngsters, and that has been high in my thinking in this selection.

“There’s a good chance that I will go down that route for the World Cup tournament itself, and I’ve got to make a few important decisions over the coming weeks.

“Robert Lambert is obviously the one that everyone is looking at, he’s just 17 years of age, but I learnt a lot about him at the weekend and he has a very good head for a youngster.

“The majority of the squad are riders who have made good starts to the season, and I think everyone should be positive about it. Over the next couple of weeks I’ll be watching performances closely before submitting my line-up for King’s Lynn.

“I also hope we can re-create the atmosphere of last year when we race in the tournament proper. The crowd that night were immense, the team fed off that atmosphere and it was a real highlight of the season.”

Tweet
« #RICO Tribute Hour on BIKERfm » AJ is back!