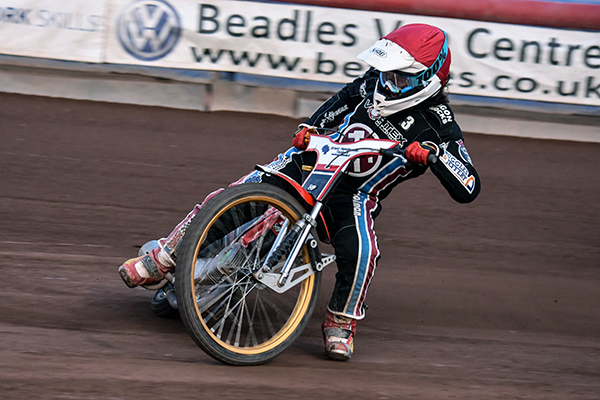 Richard Lawson represents the Vortex Hammers in the main field at this evening’s British Final, which takes place at the National Speedway Stadium, Belle Vue.

The meeting, which starts at 7.30pm sharp, also sees Hammer rider Lewis Kerr as one of the two meeting reserves.  Home Aces skipper Scott Nicholls is looking to add to his seven titles, whilst his team-mate Craig Cook has been runner-up in the past two seasons and Coventry’s Chris Harris has three wins to his name.  As an added incentive, the highest finisher with the exception of Grand Prix regular Chris Harris, will join him as the Wild Card at the Cardiff Grand Prix next month.

The meeting is also being broadcast live on Sky Sports.