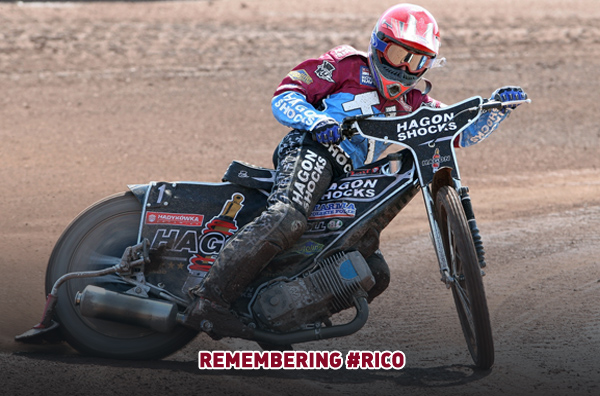 Today marks the fourth anniversary of the tragic death of Hammers Captain Lee Richardson. Memories and messages are shared below.

Hello, this picture of Lee with my son. Thomas was 2 1/2 at the time and the only rider he pretended to be was Rico. He’s now 7 but we often talk about Lee and how good he was. #RICO never forgotten 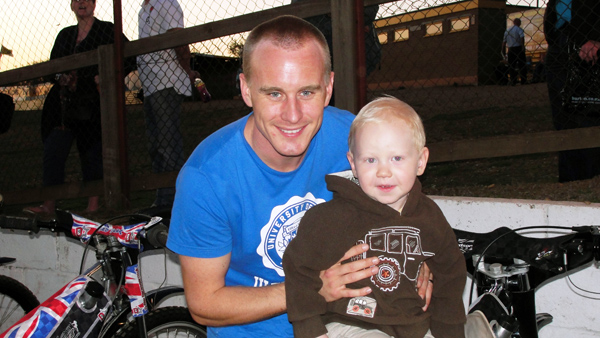 I remember this like it was yesterday, it was quite a freaky day. I was returning from Prague on that day with friends when there was a minor chemical incident on our flight and we were escorted by fire engines alongside us as we landed. Once home I was playing catch-up with the speedway news online and was informed oddly by the comments of an Internet troll on a forum.

Certainly a day I’ll never forget. Lee was a terrific person, a gentleman and role model to our sport. When I took my nieces to Lakeside for the first time…….I said not much happens but Rico proved me wrong by getting into a scuffle with an opposing rider at the end of a race, out of character but entertaining for the girls. #RICO

Lee was a wonderful man.  Friendly and a gentleman on the track. My parents Doreen and John and I didn’t know of his death till we read it in the paper on the Monday morning and we cried all day reading the online tributes.  For the first meeting after his death we made a banner that I have on my bedroom wall to this day.  They say you never forget where you were the day Elvis died…for us…it’s Lee.  Always in our hearts. 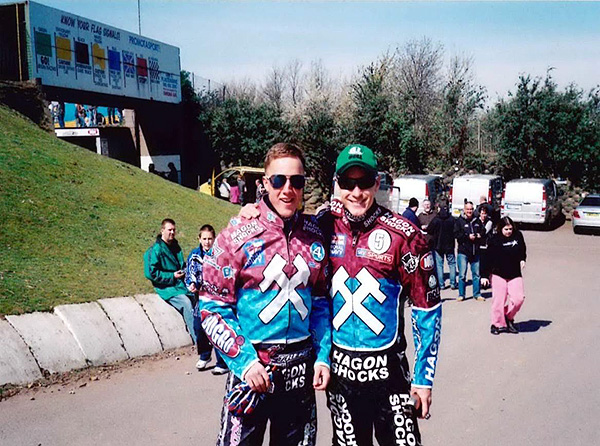 Please find a photo of my grandson when he was a mascot for the day and had his photo taken with Lee. My grandsons name is Jack Duke. We do miss watching Lee come out of the pits and doing his warm up excercises. 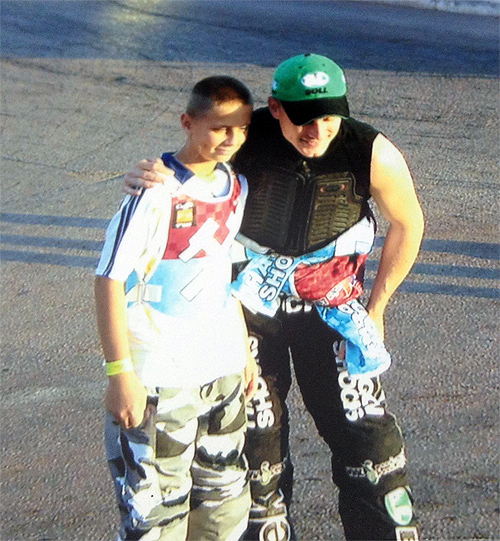 Lee Richardson was an amazing captain and served the Hammers well for the years he was with us. He always made time for fans, no matter the out come of the meeting. Everytime that I saw Lee he always had a smile on his face. #RICO will always be a Hammer and will always be in our hearts. 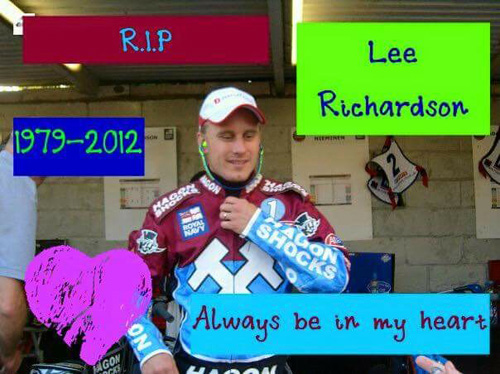 Ride in peace Rico you were the best captain on this planet!

This is a picture of when I helped present with Steve and Sandra Gibbons the rider of the month award. I miss his big smile and whenever I hear the song “Don’t Stop Me Now” by Queen, I always think of him. 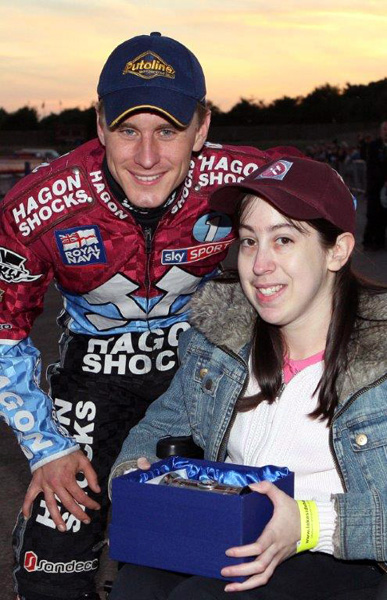 Nicola Morgan
Lee Richardson was one of my favourite Speedway riders and Lakeside’s greatest captain. I remember when me and my family went to Peterborough and we had just got four points away from home, and we had our replica Hammers tops on. We went to see Lee at his van and my dad asked me to show Lee what was on the back of our shirts.  I showed him  it had Richardson on it, he smiled and said I like that. Ever since then I have kept it. Gone but never forgotten #Rico 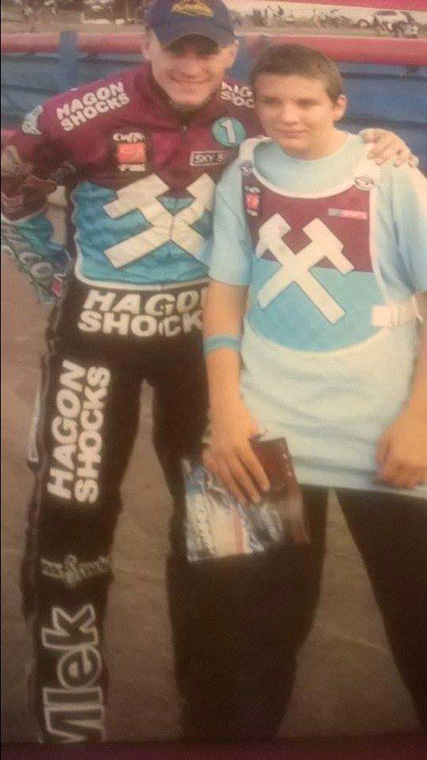 Please find attached a photo of James Laker taken with Lee on Good Friday 2012. James now does demonstration races with the Hagon Shocks Academy before the home meetings. 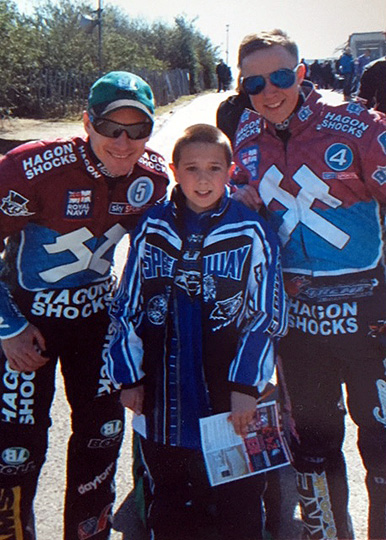 Will always be Hammers no.1

Still hammers no1
Owen Wiley
One of the nicest men you could ever meet. We still miss u Lee and Lakeside will never be the same 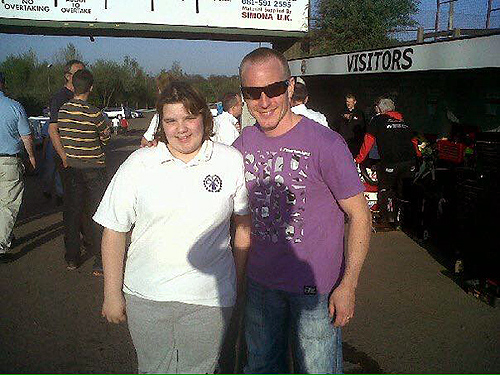 Tamara Goodwin
I can’t believe it has been 4 years already.
Dean Crowder
Great guy always had time for the fans. Nothing was too much trouble especially the younger ones. Sadly missed by many across the world. Keep skidding in the sky #RICO 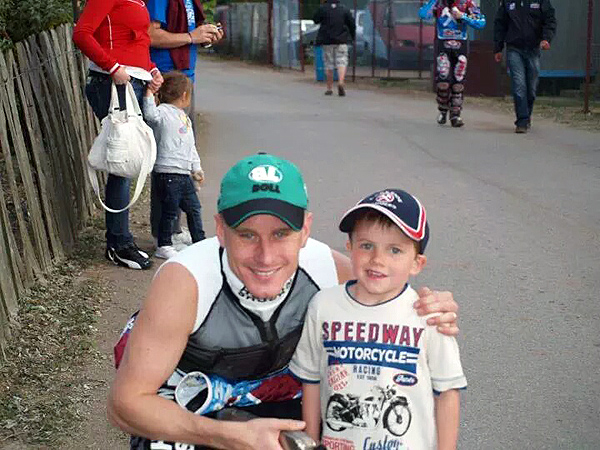 Tony Warren
Four years ago spoke with Lee and he was going to help me the following Friday and was taken away on the Sunday. Miss you Rico a true racer and will never be forgotten. 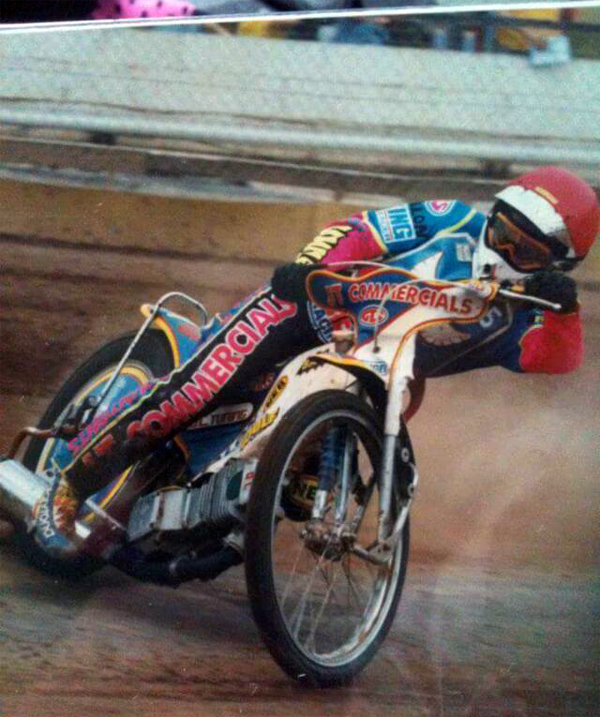 Andrew Figliuzzi
#Rico #Neverforgotten. Xx
Amanda Clark
Fond memories of chats with Lee about his lovely family and how proud he was of them. And the trip to Eastbourne when the Eastie fans were less than complimentary towards Lee, he won his next race and proudly pointed to the No1 on his back as he went past them.☺. Lakeside will never be the same again. We miss you #RICO. Gone but will never be forgotten.x
Michele Saveall
Fantastic guy great rider lovely guy to chat to and always made time to sign autographs as well. Such a shock what happened, still doesn’t seem right it’s 4 years ago that this horrible news was broken. It broke my heart,  couldn’t believe it,  still can’t believe he’s not here now. May he R.I.P. Gone but will never ever be forgotten in our hearts ever xx
Susan Hill
I remember talking to Lee in the pits at Eastboune. Lovely guy,  always smiling. Great rider.
Mark Hancock
Hard to believe it’s been 4 years since Lee has been gone, a favourite rider of mine when I first watched him at Lakeside and still is and it isn’t the same without him. God bless Rico gone but not forgotten ♡ x
Catherine Cornish
The guy that got me back into drawing…#rico 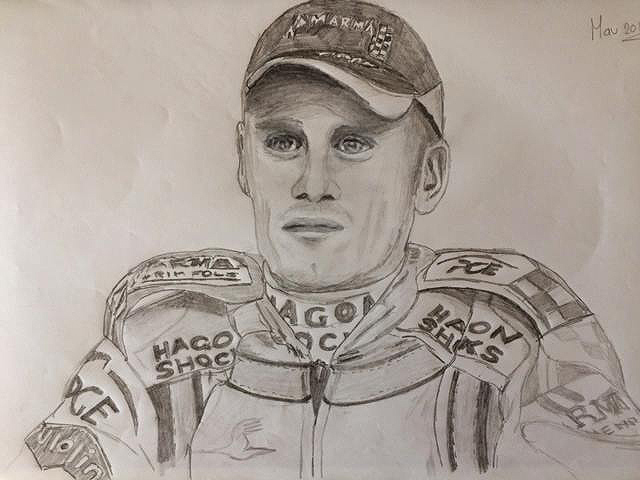 Mark Mav Johnson
I still hold Lee in such high regard & as a great friend.! Miss u mate.
Kevin Pitts
Loved by all ages. Superstar 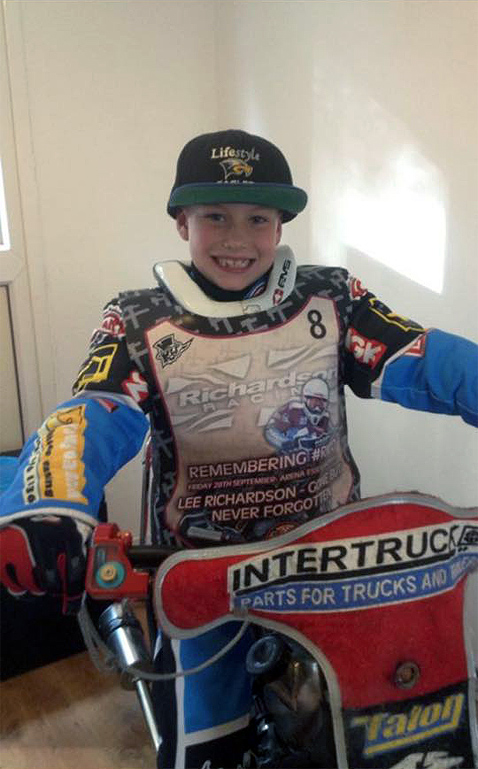 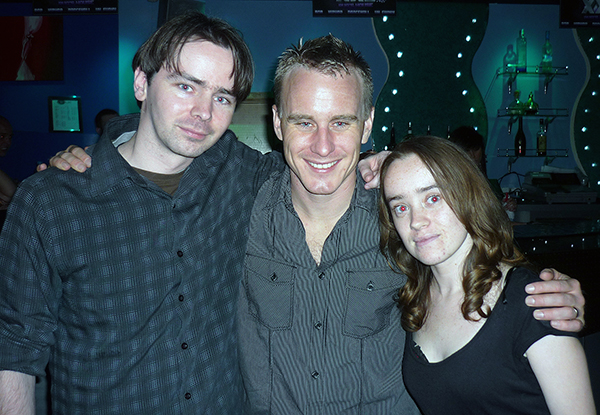 #Rico Gone But Never Forgotten
Clive Aiken
I think the photo was taken in 2009, my son Sams first speedway meeting. Lee laughed that Sam posed and stood still for the photo, he said his boys would have been running around!! Lovely guy, who signed the pic when we had it blown up. Still in my sons bedroom and he is 10 this year. Lakeside has never been the same without you, you will never be forgotten and ONE day we will lift that Elite League trophy for you xx 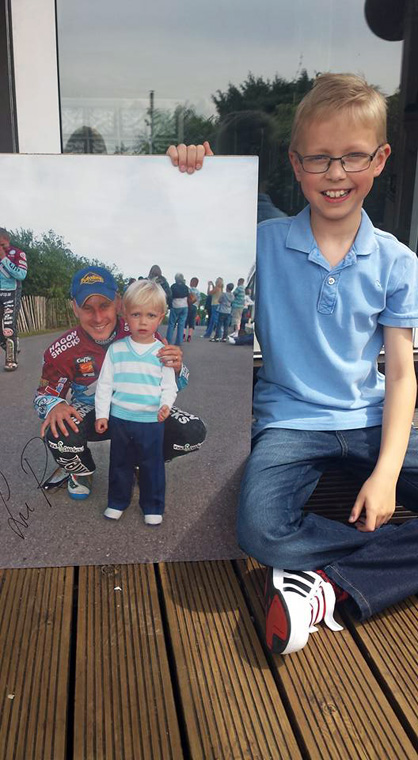 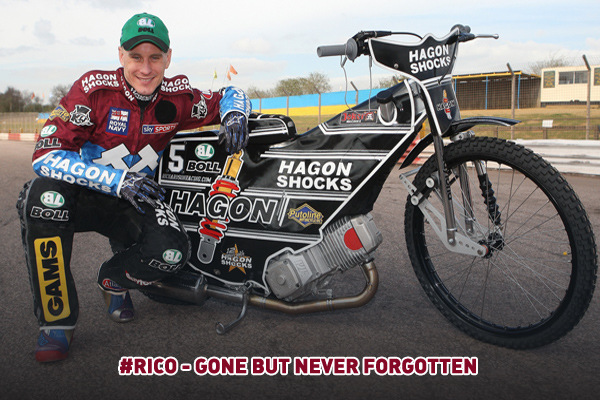