Rico’s up for the Ben Fund 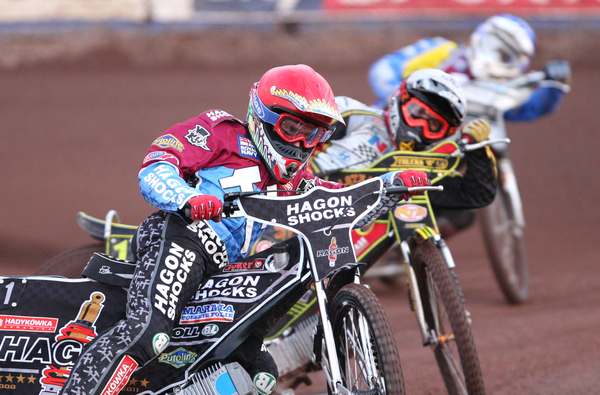 Hammers captain Lee Richardson will kick off his season this weekend when he takes part in the Speedway Riders Benevolent Fund meeting at Birmingham’s Perry Bar Stadium at 5pm on Sunday.

Looking forward to the meeting, Lee commented “ The Ben Fund is a great cause as it raises cash for injured riders and I’m delighted to be taking part, both in helping to raise awareness and hopefully lots of funds. It will also be great to get a bit of competitive action on the track. There’s a very competitive field this year, it’s a nice track to ride and we’ll all be up for winning.

Looking ahead to the new season, which starts with the Hammers open night on the 23rd of March, quickly followed by the first Elite League meeting against Belle Vue on the 30th, Richarsdon continued

“We’ve spent a huge amount of time in the workshop, and the bikes are all finished. I’ve had two really good sessions testing the bikes at Scunthorpe, where I hired the track for the day, and more recently at Kings Lynn. The testing went really well and the bikes all felt really good, and hopefully we’ve ironed out any potential problems. I’ve also spent a lot of time in the gym over the winter, so am fit and raring to go”

Meanwhile, recent Hammers recruit Davey Watt has also been on track testing two new bikes at Poole’s stadium, which is near his England base. Watt commented “ It was a bit difficult with the bad weather conditions but as the sun came out, the track got better. I rode two new bikes today and am very happy with them. I normally don`t like new bikes on the first day of riding, but they became very good quickly. My mechanics, Bart and Emil, were working really well and we are all looking forward to starting racing soon. I have four more bikes to test before we start racing in some sparring meetings. I’m so excited about the new season!”