Robbo is ready to rock! 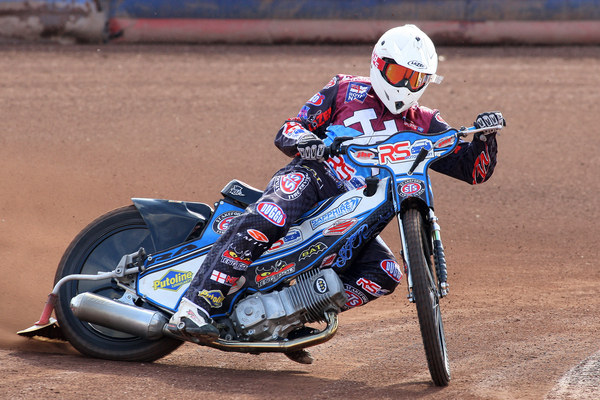 With the 2012 season finally just around the corner, Hammers fans favourite Stuart Robson is relishing the potential of the new look 2012 Hammers side.

After completing numerous laps at yesterday’s team practice session, the rider renowned for his never give up attitude, looked forward to the Hammers 2012 campaign.

”The team is looking very strong this year, the Management have made some really good signings over the winter and I think we have a very good chance of silverware this year so long as we all steer clear of those dreaded injuries and engine problems.  I think this is the strongest team line up I have been in for a while and I’m looking forward to getting on track with them, and doing the business in front of the Hammers fans.

Having already competed in some competitive track action this season with a series of challenge meetings for Premier League side Newcastle Diamonds, Robbo has also been impressed with fellow Diamond and Hammers doubling up reserve rider Richie Worrall.

”The season so far for me has been good, it could have been better but it could have been worse too!  Richie has started this season in excellent form. He’s a good young rider with a lot of potential, and looks like a different rider to last year, after spending the winter racing in Australia”

Tweet
« 2012 Hammers take to the track » Hammers open the doors for the night..