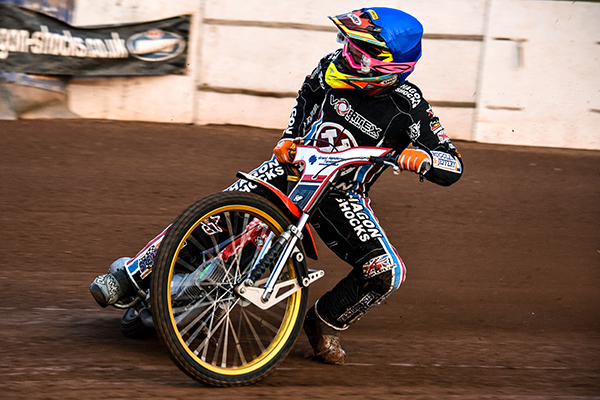 Lakeside boss Kelvin Tatum admitted they were disappointed not to earn any Elite League points after a 52-41 defeat against Swindon at the Abbey.

The Vortex Hammers were always set to face an uphill task in their re-arranged clash in Wiltshire, with top two Andreas Jonsson and Kim Nilsson both missing.

Despite Edward Kennett putting in a breathtaking performance against his former club, it was not enough to see the Purfleet outfit add to their Elite League tally.

Tatum conceded it was a familiar tale as they fell short in their quest to claim at least a consolation point on their travels.

Said Tatum: “It’s been the story of our season so far, we just haven’t quite managed to click into gear away from home and it was the same tonight.

“There were just too many weak links tonight, and although we finished with a bit of a flourish we have that feeling of frustration again.

“Looking at the positives, there was a brilliant performance from Edward (Kennett). He was absolutely outstanding and you can’t ask for much more than that.”

Kennett starred throughout with a stunning performance, claiming four race wins including a tactical ride triumph in heat nine.

However, guesting No.1 Craig Cook was the only other Lakeside rider to record a race win when he took the chequered flag in heat 13.

Lewis Bridger, Lewis Kerr and Robert Mear battled hard throughout to put in creditable displays, but with Richard Lawson enduring a night to forget they were left short of firepower.

The Vortex Hammers will now look to bounce back from their disappointment and return to winning ways when they host Poole in a mouth-watering clash at the Arena-Essex Raceway on Friday, July 1.