Scott in for AJ 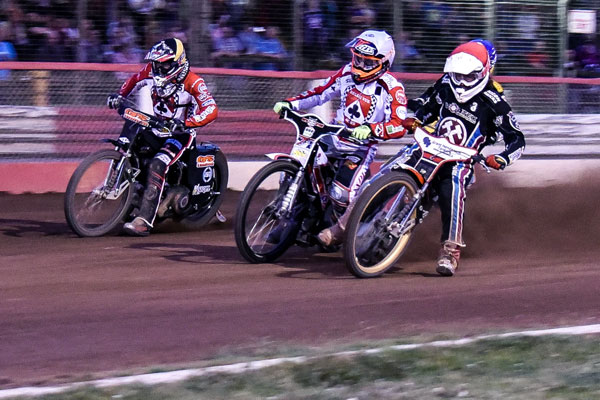 Lakeside have booked seven-time British Champion Scott Nicholls as a guest for their crucial clash with Swindon at the Arena-Essex Raceway on Friday (8pm).

The Vortex Hammers are hoping to be in a position to snatch a top four spot with a win over the Robins in their final fixture of the regular season.

They need the fourth-placed Wiltshire outfit to leave Belle Vue empty handed on Wednesday in order to keep their hopes alive heading into Friday’s meeting.

Aces man Nicholls has been drafted in to cover for injured skipper Andreas Jonsson at No.1 as they look to extend their season.

Co-promoter Jon Cook has confirmed Jonsson’s British season is over despite reports on speedwaygp.com suggesting he will ride in the Swedish Grand Prix on September 24.

The club are also looking at the possibility of bringing in a rider under the seven-day emergency play-off transfer window, which opens on Wednesday, should they reach the play-offs.

Cook said: “We are keeping options open at this point as it’s still a big if with regards to us getting into the play-offs.

“We have a plan and hopefully come Friday evening we will be in a position to bring it into action.

We’re a tad annoyed by a reference on the SGP website saying we claimed AJ was out for the season when we did nothing other than report what he told us.

It’s great that he’s trying to be fit for a home Grand Prix, and I’m sure they’ll want him there as he no doubt sells tickets.

However, as far as his UK season is concerned his mechanic has already returned his chassis’ to his sponsor and engines to his tuner along with his race kit.”