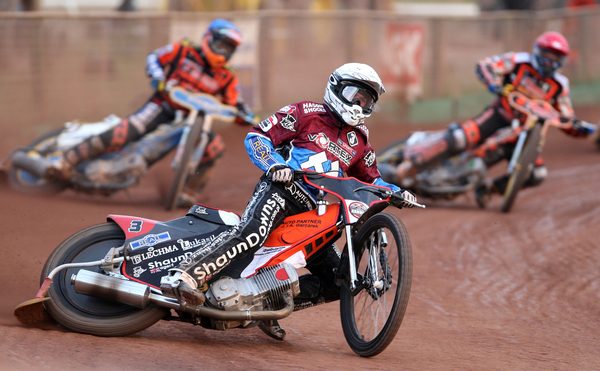 The Vortex Hammers have confirmed that Seb Ulamek returns to the team for Monday nights crucial away fixture against the Swindon Robins.  After five weeks out with a broken collarbone and 5 broken ribs, the Polish racer showed his return to both fitness and form tonight by taking second place in the 3rd round of the Speedway European Championship in Gorican, Croatia.

With the original clash against the Robins postponed due to a waterlogged track, and the second attempt to run the meeting last Thursday brought to a premature end after seven heats due to rain, Ulameks return is timely boost for the Hammers in a meeting they must win by seven points to claim 4th spot in the Elite League Play off race.

On what will be a busy night in the Elite League, Cameron Woodward will deputise for injured Hammer Peter Karlsson, whilst at reserve Berwick Bandits rider Matthew Wethers comes in for Hammers reserve Richard Lawson who is riding for his Premier League team Workington.

1.30pm team update. Following the cancellation of their Premier League Fixture at Workington, both Richard Lawson of the Hammers and Kyle Howarth of the Robins now plan to ride in tonights fixture.