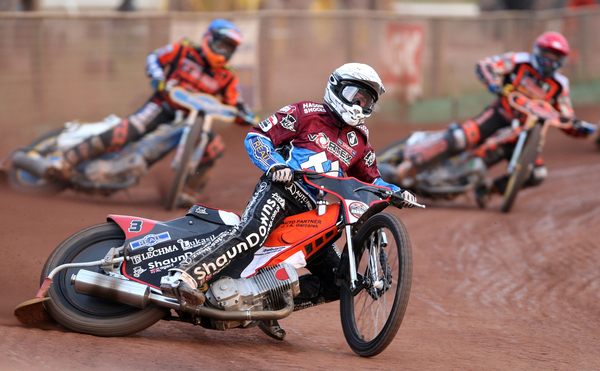 The Vortex Hammers have been boosted by the news that Sebastian Ulamek hopes to be back in action for the team’s visit to Poole on Monday 2nd September, a match that is scheduled to be shown live on Sky Sports.
The news comes as a welcome boost after their number one target, Peter Ljung, had to pull out of a return to the Club after being unable to reschedule off track commitments.

It’s a massive week for the Club with all eyes on this Friday’s visit of Poole when anything other than a victory by at least seven points resulting in the maximum three League points is likely to end the Vortex Hammers hopes of Play Off qualification and will, therefore, bring an end to their season.

Co promoter Jon Cook commented: “Obviously Peter’s (Ljung) news was a blow but Seb (Ulamek) is working hard to be back and our move in date of the fixture against Swindon means that Seb could be back for half of our remaining meetings.”

Jon Cook also confirmed that defeat will bring the curtain down on the Hammers season.

He continued saying: “Our crowds have proved time and again that they are only interested in watching official fixtures in suitable numbers and, therefore, there will be no more senior action if we fail to qualify for the Play Offs. I know the boys are determined this will not be the last Essex will see of the 2013 Vortex Hammers.”