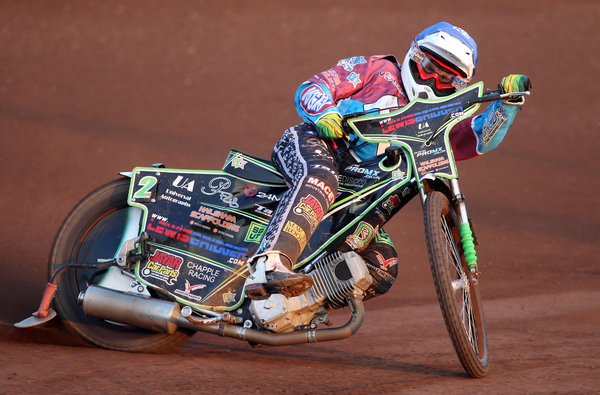 1.30pm update. Poole Pirates rider Maciej Janowski has dropped out of tonight’s match and is being replaced by Wolverhamptons Adam Skornicki.  Full story can be found here

All roads lead to the Arena Essex Raceway this Friday, 23rd August, as the Vortex Hammers complete their home Sky Sports Elite League season with the visit of the star studded Poole Pirates in a must win meeting for both club’s Play Off hopes.

Jon Cook, the Vortex Hammers Co Promoter, commented: “Defeat would leave us no way back and the boys are determined to keep our season alive with a top performance”.

He continued: “This is a must see finale to our home season and we are going to start the meeting with the parade of riders at 8pm and first race around 8.15pm to take into account Bank Holiday traffic. We couldn’t have hoped for a more attractive meeting with Greg (Hancock) and Darcy (Ward) in action and pre ticket sales are already at a record level with two days still to go.”

The Vortex Hammers use the Rider Replacement facility to cover for their injured Polish rider Sebastian Ulamek but apart from that they will be at full strength for this vital match against the Pirates.

Regular Poole riders Josh Grajczonek and Rohan Tungate from Australia will be missing as they are required to ride for their Premier League sides the same evening. Grajczonek will be replaced at reserve by young British rider Kyle Howarth, who usually rides for Workington in the Premier League and Swindon in the Elite League, whilst the Dorset club will use the Rider Replacement facility to cover Tungate’s rides.

Their Swedish rider Thomas H Jonasson will also miss the meeting as he will be riding in the Grand Prix Challenge Final, which takes place at Poole on Saturday. His place in the Pirates team will be taken by Finnish rider Timo Lahti, who usually rides for Eastbourne in the Elite League. Their side is completed by young Australian rider Micky Dyer.

The teams are (in alphabetical order):-

The ‘Kids for a Quid’ initiative, which covers children aged six to sixteen inclusive, will be admitted to this meeting for just £1.

The other admission prices are:- £17 for adults, £14 for Senior Citizens, Students and Disabled, £12 for Unemployed and 17 and 18 year olds and children under the age of six are admitted free of charge provided they are accompanied by a paying adult. Proof of age or status may be requested.