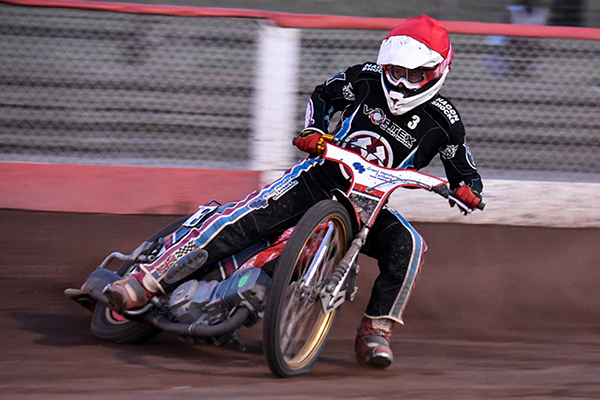 Lakeside captain Richard Lawson is relishing their date with destiny at the Arena-Essex Raceway on Friday (8pm).

The Vortex Hammers now know a win by more than six points against Swindon will see them snatch a spot in the Elite League play-offs. They were handed a lifeline when the fourth-placed Robins left Belle Vue empty handed on Wednesday night.

With their title dreams still well and truly alive, stand-in skipper Lawson has vowed to “leave it all on the track” in their huge Purfleet showdown.

Said Lawson: “I’d just finished my last heat at Sheffield when I saw a text from Jon Cook saying “game on”. The pressure is on both sides I guess, but hopefully the fans will come out and get behind us because it should be a great occasion. Fortunately the result went our way at Belle Vue, and we’ll all be desperate to take advantage of it.

I speak for the team when I say we’ll leave it all on the track tomorrow in our efforts to make the top four.”

The meeting will get underway at the normal time of 8pm, but no junior heats will run as a precaution. Plans are already well in place to counter any potential bad weather, should it happen, earlier in the day.