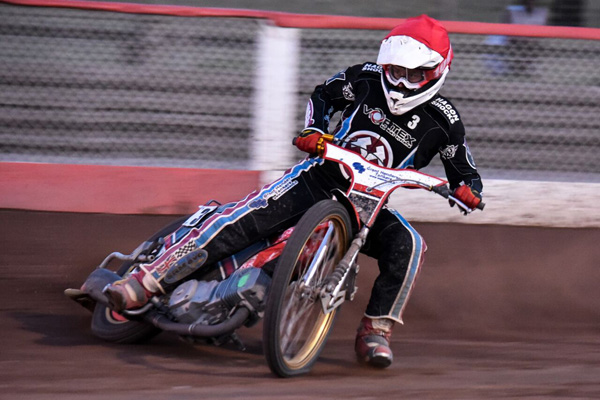 Lakeside are in last-chance saloon as they head to King’s Lynn for their final away meeting of the season on Thursday (7.30).

The Vortex Hammers are desperate to keep their Elite League play-off hopes alive with a positive result at the Adrian Flux Arena.

A win for fourth placed Swindon at home to Leicester could end their chances if they fail to leave Norfolk with any points.

Team coach Kelvin Tatum knows his side need to step things up – and he says they are targeting a victory which would give their top four hopes a huge boost.

“We need to come away with a result,” said Tatum. “We’ve been given a bit of an opportunity with Swindon not picking up any points at Wolverhampton on Monday, and we need to take advantage.

“We’re getting close to the last throw of the dice, and King’s Lynn weren’t particularly impressive on Monday either so we’ll be hoping to make the most of that.

“We must get something, but a win would be terrific and with the home meeting on Friday plus the
showdown with Swindon in a couple of weeks it would give us a good chance.

“If we don’t get anything tomorrow night then we possibly don’t deserve to make the play-offs, but it’s in our own hands and it’s down to us to perform.”

The Hammers draft in British Champion Danny King to guest for Kim Nilsson, who is riding in Sweden, at No.3.

They also include Dan Halsey at reserve in place of the injured Robert Mear with Ben Morley already committed to a meeting for Premier League club Rye House.

King’s Lynn include James Sarjeant as a guest for Simon Lambert at reserve, whilst Danish ace Nicklas Porsing makes his return after replacing Rory Schlein.