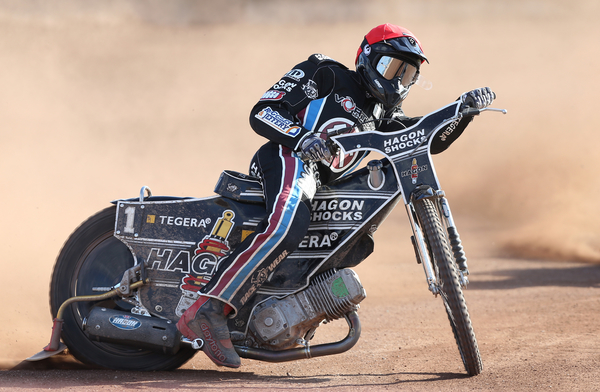 Lakeside Hammers coach Kelvin Tatum was pleased with a battling display by his side despite a 51-39 defeat against King’s Lynn at the Adrian Flux Arena.

The Vortex Hammers travelled to Norfolk buoyed by their 56-36 win over the Stars at the Arena-Essex Raceway earlier in the day.

However, they were unable to complete a Good Friday double as they also missed out on a consolation point for their efforts.

Tatum nonetheless declared himself encouraged by what he saw over the course of the day – and he was delighted to see the “fighting spirit” already present within the camp.

Tatum said “It was a fighting display this evening, and it was just unfortunate one or two things didn’t quite go our way.

“With the win in the first meeting, I think we can be happy overall with the way our day went and there are certainly a lot of encouraging signs early on.

“There is already a good spirit in the camp and a will to win, which was epitomised by the way we finished strongly even when the meeting was lost.

“Looking forward to next week’s meetings home and away against Leicester, there is definitely a chance for us to build on these two performances so hopefully we can do that.”

Grand Prix star Andreas Jonsson top scored for the visitors with a classy display, culminating in two fine victories in heats 13 and 15.

Richard Lawson also enjoyed an excellent evening whilst Lewis Kerr bounced back from a tough home debut to record two race wins against his former club.

Yet despite the rest of the Vortex Hammers side showing plenty of determination, they were unable to leave with any Elite League points to show for their efforts against a solid King’s Lynn side.

They will now aim to bounce back and make it two home wins out of two when they host Leicester next Friday, April 1 (8pm) before travelling to Beaumont Park for the return fixture 24 hours later.