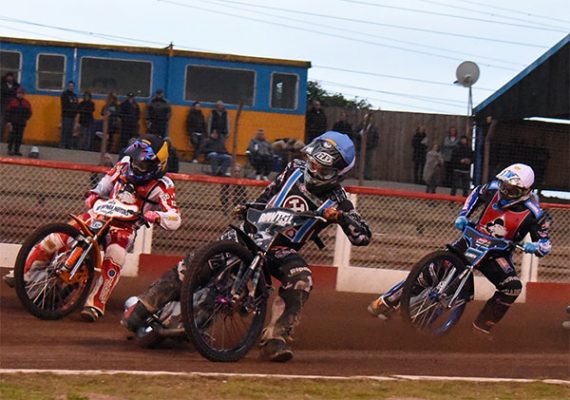 Kelvin Tatum admits he’s been through an education in two seasons at Lakeside – and wants to pass his final exam by reaching the National League Grand Final.

Tatum, the former England captain, joined the club last year in an advisory role but has seen his stock rise as manager and leads the Vortex Hammers into tonight’s play-off semi-final at home to Belle Vue (8pm).

Club bosses have admitted the only way forward is for the Arena Essex outfit to apply to rejoin the top league and Tatum says reaching the Grand Final would be a fitting end to the season.

He said: “I’ve had two seasons here with the Vortex Hammers now and I have learnt a lot. In all honesty, as my role here has expanded I’ve had no choice but to learn quickly!

“It’s been an education, believe me. It’s also underlined how much I love being involved in the sport and although it can take over your life at times, the positives outweigh the negatives.

“We have a good set of riders here and I enjoy working with them, I’d love us to hold one more home meeting after tonight in the Grand Final.

“But to achieve that there is little doubt we are going to need a handy lead so we’ve got to be on top of our game to give us a chance in Manchester next week.”

Lakeside have former Cradley star Max Clegg in for the injured Zach Wajtknecht – and the Colts are without big hitters Dan Bewley, Jack Smith and Rob Shuttleworth. Liam Carr, Connor Coles and Jon Armstrong step in.