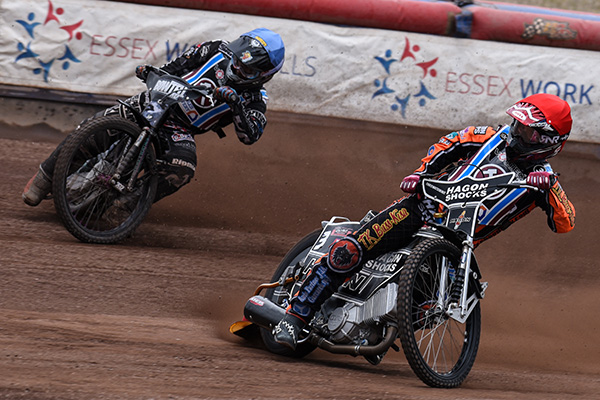 Kelvin Tatum has praised the efforts of his Lakeside team after their season was ended by the Belle Vue Colts.

Tatum, the Vortex Hammers co-boss, was absent from Manchester as his side crashed 69-21 in the National League play-off semi-final.

But he said: “I think most people would agree it’s been a fine effort to reach the play-offs and well done to the boys who have got us there.

“I’ve enjoyed working with the riders and I know they’ve given it their very best but I think everyone knows what a powerhouse team Belle Vue are around their own track.

“I was naturally disappointed not to be able to be there, which is another reason why I want to say thanks to all the guys.

“Also to our track staff, sponsors and supporters, it’s been tough going at times but thanks to them all for supporting the club.

“I congratulate Belle Vue and wish them well in the final and I’m looking forward to charting the progress of Dan Bewley in particular, he’s got a big future ahead of him.”

“Heavy defeats in big meetings are always hard to accept, but Belle Vue have shown all year what a magnificent team they are, especially at the NSS.

All our boys, including guest Max Clegg, rode their socks off and the final score doesn’t really reflect their efforts or the quality of the racing.”