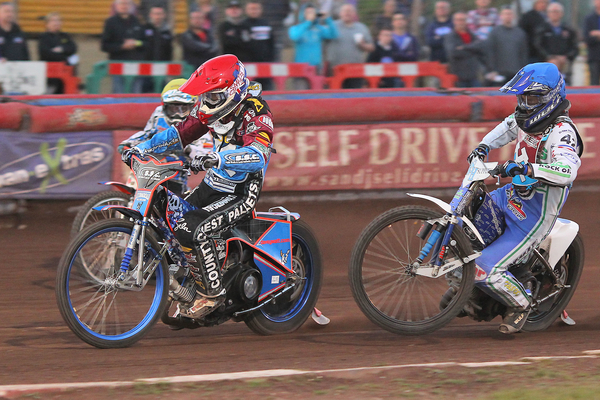 Last minute changes have been forced on both teams for tonight’s vital Elite League match between the Vortex Hammers and the King’s Lynn Stars, which takes place at 8pm at the Arena Essex Raceway, the home of the Vortex Hammers.

For King’s Lynn Andzejs Lebedevs has been recalled to Latvia where he has to compete in his National Championships this weekend. In addition Dane Nicklas Porsing sustained an injury whilst riding in Sweden last night. Two of the heatleaders from local Premier League club Ipswich, Leigh Lanham and Morten Risager have been booked in as guest replacements. Former Hammers legend Leigh Lanham will replace Porsing whilst Morten Risager comes in for Lebedevs.

The Vortex Hammers will revert back to using Kevin Doolan as Tyson Nelson was injured whilst representing Australia in the Test Match against Great Britain held at Sheffield last night.