The Aces first up for the Vortex Hammers 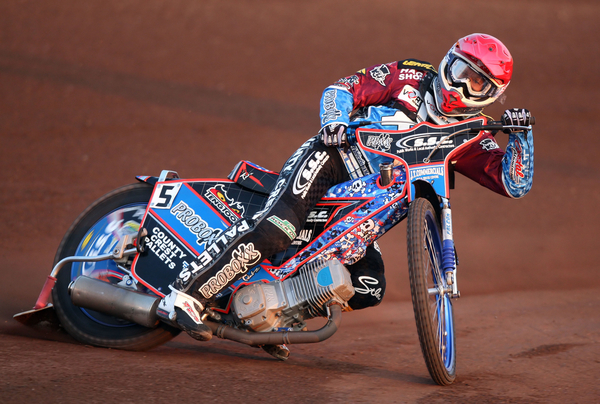 A glorious summer of regular Friday night Speedway kicks off at the Arena Essex Raceway this Friday, 5th July, when the Vortex Lakeside Hammers take on the sport’s oldest club, the legendary Belle Vue Aces.

The Vortex Hammers currently sit inside the Play Off positions and will be aiming for the maximum three League points to keep their place inside the top four.

The meeting starts a run six week run of regular Friday racing, which will determine the Vortex backed side’s title aspirations as well as showcase the clubs development policy.

Visits from title rivals Swindon on the 12th July, King’s Lynn on 26th July and Birmingham on 2nd August are followed by the always competitive local derby with Eastbourne on 9th August and while the Sky Sports Elite League shuts down for the Speedway World Cup week the Hammers will be staging an Amateur Meeting on Friday 19th July backed by Hagon Shocks and Ride N Slide Days to show off emerging talent of all ages at a reduction admission of £5 for adults with all kids free.

The Vortex Hammers Co Promoter Jon Cook commented: “Our focus is on grabbing a Play Off place and after a stop start fixture run due to the reduced meeting numbers we are really looking forward to providing a regular fix of Speedway to our fans over the next six weeks”

The action gets underway this Friday with the parade of riders at 7.50pm followed by the first of the fifteen heats at 8pm. Normal admission prices apply, which see kids between the ages of six and sixteen inclusive admitted for just £1. Tickets are available on the night at the paybooths or in advance via the Club’s website at www.lakesidehammers.co

The teams for Friday are (in alphabetical order)