The Hammers get ready for their “Cup Final” 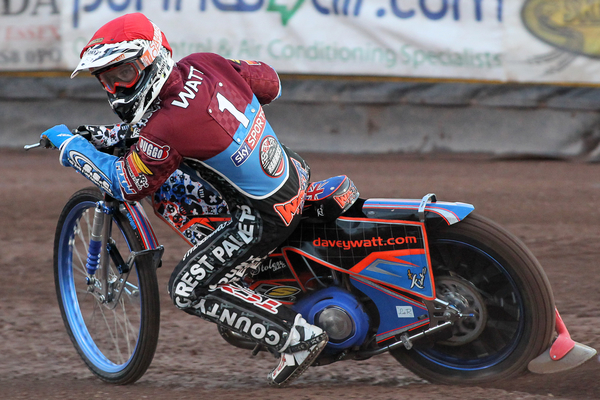 The Lakeside Hammers are ready for their very own Cup Final at their Arena Essex Raceway next Monday, 24th September, when they host the first leg of the Elite League Play Offs against the hot favourites, the Poole Pirates.
All the pressure will be on the visitors and the home team are ready for the fight.

The teams have been named and the Hammers will race with the recalled Kauko Nieminen in the number three position whilst the Pirates will be without their free scoring reserve Ludwig Lindgren.

The Hammers captain Davey Watt is looking forward to the clash against his former side and was fulsome in his praise for the team in making the top four saying; “I have had people saying well done, you have made it into the Play Offs. My answer is we were never out of them. It’s a season’s work to get there and we have put that effort in and now anything can happen.”

The full teams are:-

The action gets underway at the Arena Essex Raceway on Monday with the slightly earlier start time of 7.30pm.
Reduced Admission prices have been set for this match, which are: £15 for adults, £12 for Senior Citizens, Students and Disabled, £12 for Unemployed and 17 and 18 year olds and children aged 6 to 16 inclusive £1 with children under the age of six admitted free of charge provided they are accompanied by a paying adult. Proof of age or status may be requested.

All tickets may be purchased on the night but, alternatively, they are also available in advance online via the next meeting button on the Club’s website

A giant screen will be in place at the Raceway so that fans can keep updated with the second Play Off match featuring Birmingham and Swindon.