The Pirates are in town 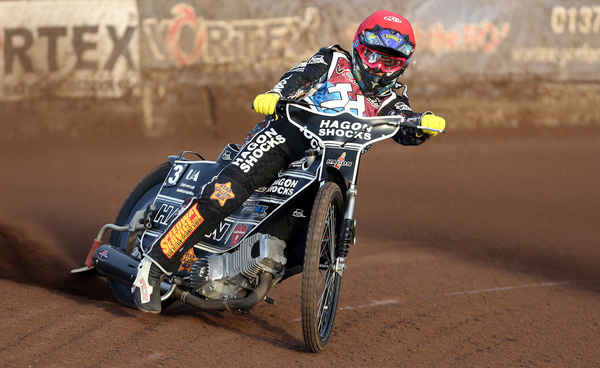 The 2013 Elite League champions, the Poole Pirates, led by the world’s most exciting rider Darcy Ward head to the Arena Essex Raceway this Friday evening, 8th August, to take on the Vortex Lakeside Hammers.

The Pirates are fresh from victory over the Wolverhampton Wolves on Monday and look to be peaking ahead of the Play Offs whilst the Essex side’s last outing saw them take victory also at Wolverhampton as both teams aim to secure a top four position, which will put them into the end of season Play Offs.

The Vortex Hammers Promoter Jon Cook commented ahead of this vital meeting: “It’s action all the way this month and what better way to start than with this must win meeting. It’s been a long break from racing so the boys are keen to be back on track and securing the points needed to hold onto a top four spot”.

The action will get underway at the Arena Essex Raceway this Friday with the parade of riders at 7.45pm and the first race at 8pm.

Speedway author Jeff Scott will also be at The Raceway selling copies of his new book “Strictly Shale” which includes a number of photographs of The Hammers.