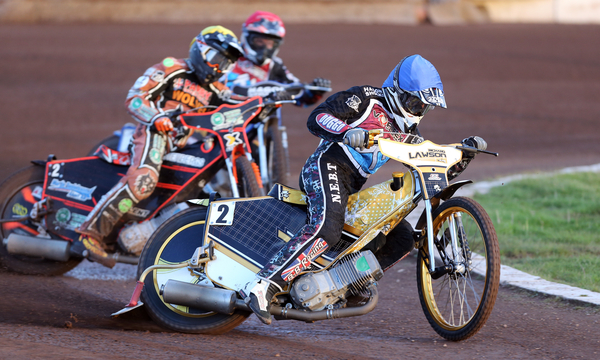 The Elite League’s top two sides in the table clash at 7.30pm on Monday 19th May, at the Arena Essex Raceway when the Vortex Lakeside Hammers take on King’s Lynn.

It’s the toughest test yet for the home side and following a poor performance from their top three riders, which cost the team a victory at Poole, Promoter Jon Cook expects his riders to raise their game.

Cook states: “There are no excuses come Monday. We need the win and our heat leaders need to show the way. Fans have every right to be upset when the same riders perform elsewhere after abject showings for their actual
team. On Monday they can put that right.”