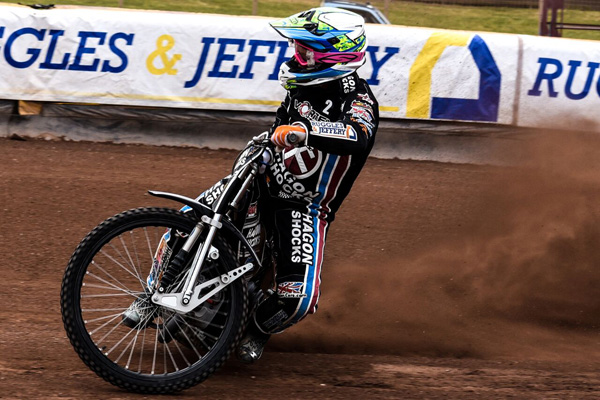 Depleted Lakeside suffered a 57-33 defeat against Coventry at Brandon on Friday night.

The Vortex Hammers travelled to the Midlands without inspirational skipper Andreas Jonsson and Richard Lawson.

They were unable to prevent a disappointing loss as they missed out on the chance to add to their Elite League points tally.

It was a tough night for the Purfleet outfit leaving them on the back foot in their bid to reach the play-offs.

Stand-in team boss Paul Hurry admitted his patched-up side were simply beaten by a better team on a night to forget.

“We obviously didn’t have a full strength team so we were up against it to start with,” said Hurry.

“All the boys did the best they could, so full credit to them for their efforts.

A couple of them had some problems and struggled a little bit, but that’s the way it goes sometimes.

“Coventry are full of confidence at home, they are on the crest of a wave and they got the job done.

“It puts a bit more pressure on the King’s Lynn meetings next week, and we’ll be hoping the boys pull their fingers out.”

Edward Kennett top scored for the visitors against his former club, notching 9+1 with a determined display.

Guesting No.1 Scott Nicholls also added a creditable nine points, whilst Kim Nilsson ended a mixed night on a high with a heat 14 win.

The Vortex Hammers will be back in action as they face two crucial clashes with King’s Lynn next week.

They will head to the Adrian Flux Arena next Thursday (7.30) before hosting the return fixture at the Arena-Essex Raceway the very next night (8pm).