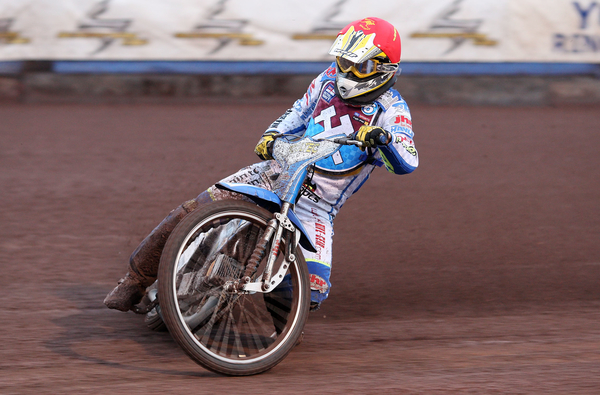 The Vortex Lakeside Hammers have moved to strengthen their Sky Sports Elite League Play Off challenge by signing Leicester’s Australian star Kevin Doolan as a Double Up rider.

Doolan will replace Robert Mear, who will be concentrating on his Rye House commitments, and joins the team after a starring performance as a guest for King’s Lynn in the recent Sky Sports live match at Poole.

The Vortex Hammers Co Promoter Jon Cook explained: “Me and Rob (Mear) had a heart to heart chat last night and we both agreed it’s best for him to step down at the moment. He is a great lad and it’s no pleasure for any of us to see him out of form. Hopefully Rye and the Premier League will do him the world of good and he will continue to play a big part at the Club where his work at the Academy with the youngsters is terrific”.

On the addition of Doolan Cook continued: “Kev is in great form and is a great guy to boot. I was shocked he hadn’t been snapped up by one of our rivals after his performance on Sky Sports and was delighted when he agreed straight away to join us. My thanks go to our friends at Leicester for making it such a quick and easy move.”

Kevin will make his debut this Friday, 7th June, against the Poole Pirates at the Arena Essex Raceway, the home of the Vortex Lakeside Hammers, which means that Adam Ellis’ first appearance in the Hammers colours this season will be delayed for the time being.