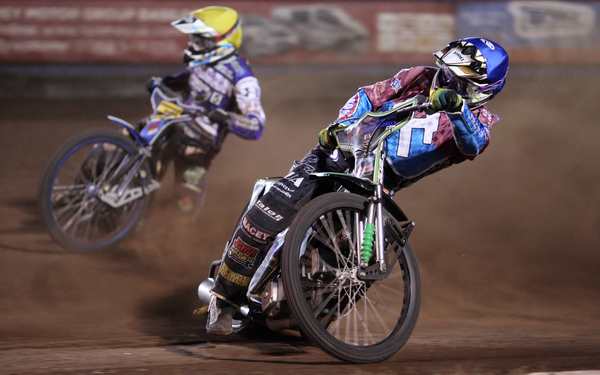 The Vortex Hammers will take on the Sky Sports Elite League leaders Birmingham this Friday, 2nd August, at the Arena Essex Raceway as well as Danish wonder kid Mikkel Bech, who replaces Josh Auty in the Brummies line up.
Jon Cook, the Vortex Hammers Co Promoter, states: “We will need to be at the top of our game as we must secure three more Elite League points in the race to stay in the top four. The addition of Bech certainly strengthens the opposition and also provides our fans with the attraction of seeing one of the World’s most talked about riders.”
The Vortex Hammers go into this vital meeting with the same team that defeated King’s Lynn last Friday at the Arena Essex Raceway but will be looking for more consistency within the team by cutting out the number of last places but to continue providing the majority of race winners.
The Birmingham Brummies line up will see Edward Kennett come in at No.1 to replace Chris Harris, who sustained a broken collarbone at Eastbourne on Monday. He is joined in their top five by their captain, and former Hammers rider, Daniel King, Ben Barker and German Martin Smolinski. The ‘Rider Replacement’ facility will be used to cover Australian Jason Doyle’s rides as he will be racing for his Premier League side Somerset the same evening.

The Brummies will also have to bring in replacement riders at reserve as Josh Auty will be riding for his Premier League side Scunthorpe whilst Nicolas Covatti will be in Italy preparing for Saturday’s Grand Prix there in which he will be the ‘Wild Card’. The exciting young Danish prospect Mikkel Bech Jensen, who recently joined Plymouth in the Premier League, comes in for Auty whilst the Brummies Management are yet to announce who will replace Covatti.
The action gets underway on Friday at the usual start time of 8pm.
Teams (in alphabetical order):-
Vortex Hammers: Lewis Bridger, Kevin Doolan, Peter Karlsson, Richard Lawson, Piotr Swiderski, Sebastian Ulamek and Davey Watt (captain).
Birmingham Brummies: Ben Barker, Jason Doyle (Rider Replacement), Edward Kennett (Guest for Chris Harris), Daniel King (captain), Mikkel Bech Jensen (Guest for Josh Auty) and Martin Smolinski plus a rider still to be confirmed (Guest for Nicolas Covatti).