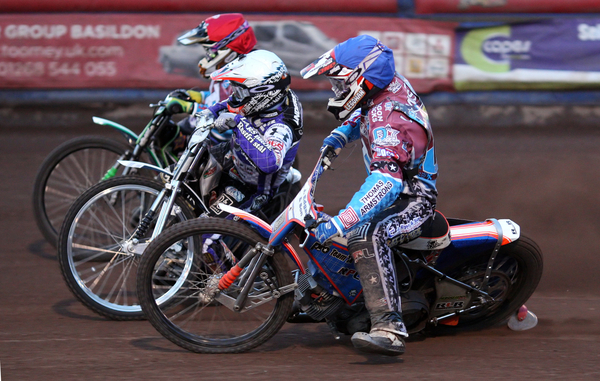 After the initial meeting on Monday was postponed due to a waterlogged track, The Vortex Hammers return to Wiltshire tonight to take on the Swindon Robins, in a crucial meeting for the Essex based side.

Following the Poole Pirates victory over The Belle Vue Aces on Monday night, which saw the Dorset based club move into 4th place in the Elite League table,  the Hammers must win at Blunsdon by at least 7 points or more to make it through to the 2013 Play offs.

The Vortex Hammers welcome back Richard Lawson to the team at reserve, with GB International Chris “Bomber” Harris also continuing as a guest for injured Hammers number 1 Peter Karlsson, who is now recovering from his back injury in his native Sweden.

Rider Replacement will continue to operate for the Hammers Polish star Seb Ulamek, who is still in the process of regaining full fitness following his broken collarbone.   The Robins will also operate rider replacement for  Nick Morris, who will be riding for his Premier League club Somerset, but do see the return of Kyle Howarth at reserve.