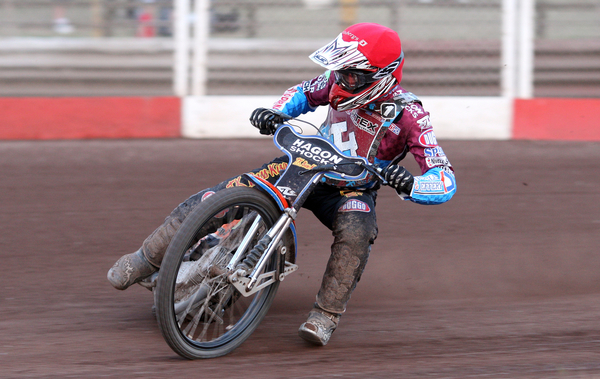 The Vortex Hammers veteran Swede Peter Karlsson could not hide his delight after he stormed to a sensational victory in the Banks’s Olympique Classic at Wolverhampton on Monday evening.

The Hammers favourite fended off a star-studded field to step to the top of the rostrum as the 2014 season got off to an exciting start.

It completes a remarkable recovery for the 44 year old after he suffered a broken vertebra in the closing weeks of 2013 and he was thrilled to get his season off to a perfect start with a memorable win.

Karlsson commented after his victory: “I’m very happy, everything came good as the meeting went along and I was just so pleased to end up on the top of the rostrum. I felt stiff and not so fast in the first couple of races but I made some changes on the night, got a bit looser and by the end I felt more like myself.  It’s a nice way to get the season started and a very positive night.

It was a new thing for me really having to come back from that bad injury over the winter. I’ve been very lucky in that I’ve not been injured too much during my career and this was probably the worst one I’ve had. But I knew in myself and in my body I was OK and I’m pleased that’s put behind me now. I’m just looking forward to this season now and looking to keep going after getting off to a good start.”