Vortex Hammers view on the AGM 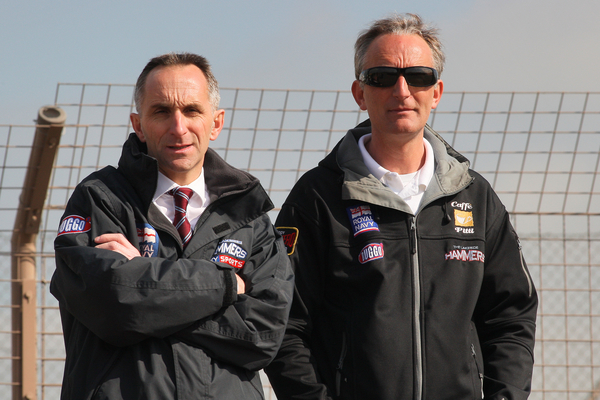 Vortex Hammers pair Jon Cook and Neil Vatcher, have returned from this years BSPA AGM pleased with the result of the three days of discussions and will now start to build the 2015 team.

Co Promoter Cook commented “I think it shows that at we have listened to the fans and corrected many of the faults that have proved unpopular.

From a personal point of view I’m delighted that my three suggestions of an earlier AGM, switching as many fixtures into non GP weeks as possible and changing the points scoring system not to penalise home teams for close matches, all went through. The latter in particular has been a real hatred of mine as I’m from the happiness is 40-38 generation.”

Vatcher who took over the reins for the club following Cook resignation and return home on Friday,  was equally enthusiastic and will now combine his Hammers duties with overseeing the Fast Track system along with continuing as the now lone U21 England manager.

Says Vatcher “Obviously I’m over the moon that my fellow members have had the foresight to retain and beef up the Fast Track system and it’s an honour to be given the U21 job in it’s entirety after having shared the position with Phil Morris. From a Hammers perspective, we start team building immediately and hope that we’re in a position to confirm at least one rider when Jon meets the fans on Friday”.

The Fans forum takes place at the Park Inn, North Stifford this coming Friday, the 21st November from 7pm.