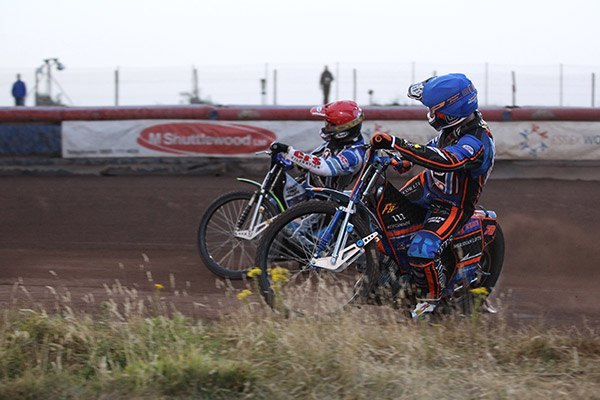 Team Update: Thursday 2nd 3.30pm: Nick Morris is still feeling the effects of his recent crashes, so the Hammers will operate R/R for Nick at Ipswich.

Lakeside boss Will Pottinger wants his side to carry over their momentum when they head to Ipswich on Thursday (7.30).

It’s the first of two fixtures in two days against the Witches with the Hammers then hosting them at the Arena-Essex Raceway on Friday (August 3, 8pm).

But with Thursday’s fixture at Foxhall coming a week after a stunning turnaround at reigning Champions Sheffield, Pottinger is hoping his side can keep the ball rolling.

“It was a terrific team performance at Sheffield and we go to Ipswich in good spirits,” he said.

“We’ve won there twice already this season so we know we’re capable of doing well there but every meeting is different.

“Ipswich have made quite a few changes since the last time we met so they’re a slightly different opposition.

“But we have to concentrate on ourselves and ideally we want to go there, come away with another positive result and that would set us up nicely for the home fixture 24-hours later.”

A change in the averages sees skipper Richard Lawson move to number one for the Hammers while Ipswich include recent recruits Mark Riss, Coty Garcia and David Wallinger with seven-time British Champion Scott Nicholls guesting in place of Danny King.