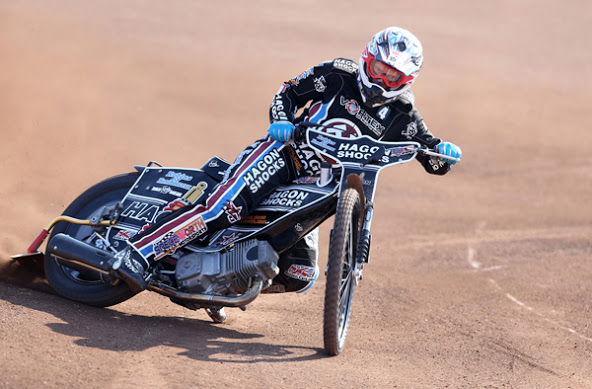 Lakeside Hammers coach Kelvin Tatum is expecting a stern test when his side travel to Monmore Green to take on Wolverhampton in the Elite League on Monday (7.30).

Both clubs have enjoyed positive starts to the 2016 campaign – The Vortex Hammers currently sit top of the league table while Wolverhampton have picked up eye-catching away wins at Coventry and Swindon in their only meetings of the season so far.

Tatum is desperate for his side to build on their 50-40 victory over reigning Champions Poole last time out but is predicting that the clash on Monday could go down to a last heat decider.

Said Tatum: “This meeting has all the right ingredients to be something special and I think the supporters of both clubs are in for a treat.

“Wolves have made an impressive start to the season; their two away wins were really good results and they’ll be full of confidence.

“They’ve got a new look team this year and they’re yet to race a meeting at home. Hopefully that can play into our hands somewhat and hopefully we can try and catch them out as they may take some time to get dialled in.

“This is probably going to be one of the sternest tests of our season so far but we’re feeling good as a team right now and we’d love to continue our own great start too.”

Edward Kennett, who has been in scintillating form for Rye House in the early stages of the Premier League, comes in to make his first appearance for the Hammers in 2016 while Lewis Bridger reverts back to the No.5 role.