World champion at The Raceway 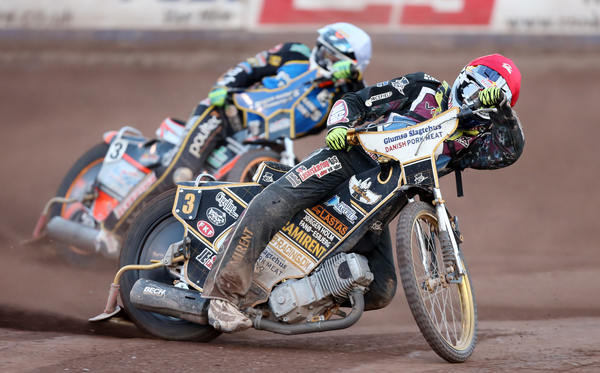 Britain’s World Speedway Champion, Tai Woffinden, leads the Wolverhampton Wolves into action at the Arena Essex Raceway this Friday night, 4th July, as the home side, the Vortex Lakeside Hammers, look for another win to strengthen their position in search of a Play Off place.

Woffinden is currently one point off the lead in defense of his title and leads a Wolves side desperate for an away win to put themselves back in the race for the top four.

The Vortex Hammers Promoter, Jon Cook, commented: “After the team’s heroics to beat King’s Lynn here two weeks ago we need to keep that buzz going over these next two months of qualification.”

Richard Lawson will again captain the side in the absence of the injured Davey Watt, who will be replaced by Rory Schlein.

The two teams for Friday’s match are:-

This Elite League match will get underway with the parade of riders at 7.45pm and the first race at 8pm. However, for those fans that arrive early there will be three junior Demonstration Races involving youngsters Nathan Ablitt, Tom Brennan, Jason Edwards and Sam Hagon, which will start prior to the main event at 7.30pm.