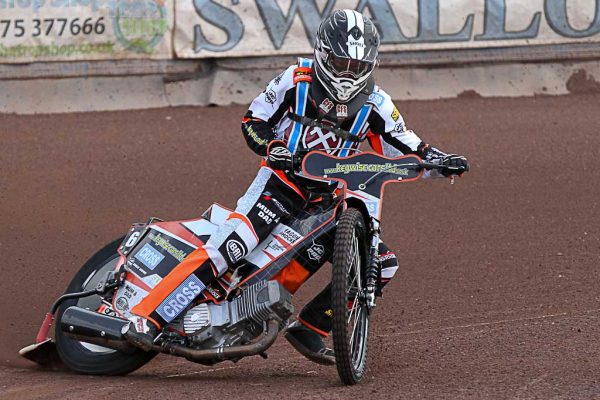 Bristol boy Wajtknecht romped to a 14-point haul in tricky conditions at Arlington and finished level with Rye House ace Max Clegg but was awarded the win after beating Clegg when the pair met.

Steady rain fell throughout the night but the youngsters did themselves proud by battling through to reach a conclusion.

Said Zach: “It was one of those meetings where you just have to get on with it and naturally I’m delighted to get through.

“It is what it is and it’s the same for everyone.
“I think after the 12th heat they were thinking about it (calling it off) but it was only going to stay the same.

“Everyone just got on with it and everyone is safe at the end.”

Wajtknecht is back in Hammmers colours at the Arena Essex Raceway this Friday, April 13, for the rearranged Shield tie with old rivals Ipswich (8pm).

Jason Edwards, who made his speedway debut for the Hammers in the National League last season also joins Wajtknecht in the final, securing his place with a victory in his last ride.