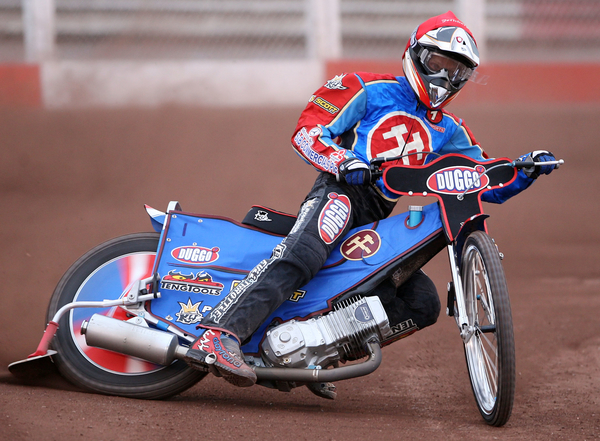 The Vortex Lakeside Hammers are absolutely delighted to announce that the Club’s all time No.1 Andreas Jonsson has confirmed that he will be racing for the team in 2015 and will be joined by this season’s No1. by average, Mikkel Bech. 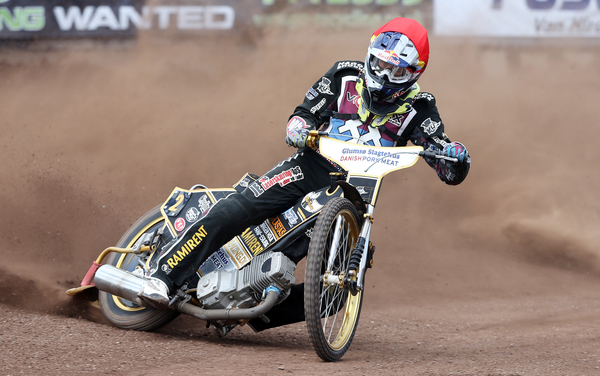 AJ commented: “Even though I last rode in the UK League in 2008,  I have been amazed by the support British fans have continued to show me and Lakeside fans especially and have wanted to come back to race here. The time’s never quite been right but after speaking with my family and mechanics I feel this is a great time to return. I am really excited at being back at the Arena where the fans and set up has been great for me and I think we will enjoy a fantastic season together. ”

Mikkel said: “It will be great to be back next year. I felt very welcome riding for the Hammers this year and there was a good atmosphere there with the crowd. I can’t wait to be back and ride next year.”

The Hammers Co Promoter Jon Cook stated: “I know how delighted the fans will with this double news. Yesterday I was out meeting sponsors with our Community Manager Mark Sexton when AJ and Mikkel confirmed they were in and though normally we’d release one name at a time we both were so excited, I don’t think either of us could have waited longer than today without spilling the beans.

To have a true No.1 was our aim but for that rider to be AJ is simply a dream come true for everyone at the Club, AJ’s planning ahead of making this decision has been as precise and professional as one would expect. He has a sponsor here in Hagon Shocks, whose support we also enjoy and I thank Martin (Hagon) for his role in making this happen.”

On Bech, Cook continued: “When Mikkel and I chatted last weekend it was clear we both felt that the many positives of last year made a return in both our best interests.  He was the star of our early season and without doubt when he wasn’t around we were lacking that spark. He’s a winner and we need those guys in our team if we aren’t to fade away at the end of another season. We now have a top two to be envied by any club in the Elite League and two true stars of world speedway racing in the colours of the Vortex Hammers. It’s a great day for all at the Club”.

Stuart Douglas commented: “Wow! When I spoke to Jon (Cook) earlier this week we were hopeful that we could pull this off and I am delighted to have AJ back and the fantastic talent of Mikkel returning. I’ll be planning my returns to the UK around our fixture list as the sight of AJ in full flow around the Raceway is something very special.”

The Vortex Hammers season starts on Friday 20th March with the’ Remembering #Rico Spring Classic’ with the opening Elite League match the following Friday against Leicester. Good Friday action then follows on 3rd April with the visit of King’s Lynn.

The Season Ticket prices are £240 for adults and £210 for concessions and cover the 14 home Elite League matches. The prices include a copy of the programme and parking within the main Raceway area. In addition Season Ticket holders will also enjoy the benefits of a free programme and the usual parking privileges along with reduced admission for any extra matches including the Play Offs.