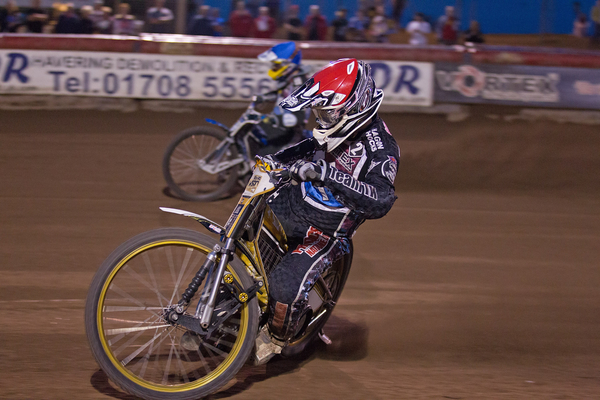 The Vortex Lakeside Hammers head to the Norfolk Arena this evening for their final fixture of the 2014 Elite league campaign, when they take on the King’s Lynn Stars.

With the four Play-Off teams King’s Lynn, Poole, Coventry and Swindon now finalised, the Stars will be looking to regain their place at the top of the Elite League table, where they have resided for a large majority of the season, prior to Pooles win away at Coventry last night.

For the Hammers, the meeting represents a last chance to gain away points to finish the season as high up the table as possible.

13.20 update: The King’s Lynn Stars will be without their number one Kenneth Bjerre for tonight’s fixture, after he failed to recover from the hip and shoulder injuries received following his crash in the Nordic Grand Prix on Saturday.

4.00pm Update: Lewis Bridger is now out tonights meeting due to a neck injury sustained while weight training. Stuart Robson takes his place in the Hammers line up.