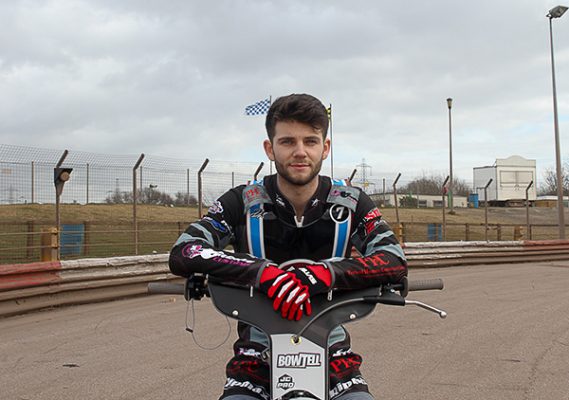 The Essex based rider suffered a fall on the last lap of his opening ride, before regrouping to score 10 points, including 2 race victories, to secure qualification for the final, which takes place at Berwick on the 1st of May.

Speaking after the meeting Bowtell said he knew he was up against but was pleased to pull through in the end.

He added: “It started off so well tonight then I made a silly mistake in that first one and fell throwing away silly points. I’m not sure what happened – I think that conditions caught me out.

“I had a good few races out there tonight and enjoyed winning races. I knew in that last one I had to get to the corner in front of Nathan (Greaves) and although he kept me honest throughout the race I knew I had the beating of him.

“I’m so pleased to get to the final next moth. I will travel to Berwick with nothing to lose and see what happens on the night. This has given me a massive boost tonight and hopefully I can kick on from here now.”