All-star line up for Hammers opener 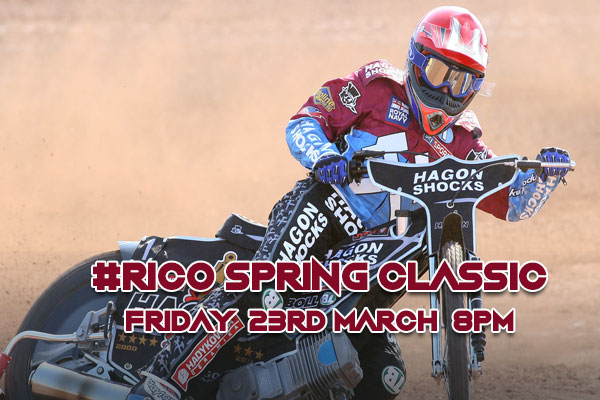 Lakeside have assembled an exciting field for their opening meeting of the season.

The club will once again remember one of their favourite riders with the Lee Richardson #RICO Spring Classic at the Arena Essex Raceway on Friday March 23 (8pm).

It will be the first chance fans have to see the new-look Hammers, including Australian World Cup star Nick Morris and the returning Richard Lawson, in competitive action ahead of their new Championship season.

“We’ve also invited Max Clegg; obviously he’s someone who was originally included in the Hammers’ line-up so it will be interesting to see how he gets on.

“It would be nice to see one of the Lakeside riders win it but it is a good chance for our lads to get some competitive laps under their belt.

“I’m expecting a good night of racing and I’m sure the fans will enjoy it in memory of a fabulous rider.”

Lee Richardson lost his life when riding in Poland back in 2012 but will always be in the history books as one of Lakeside’s all-time great riders.

Full line up (in alphabetical order)

Raceway gates open from 6pm, with access to the pits and opportunities for Hammers team shots ahead of the meeting.  The meeting parade takes place at 7.45pm, with tapes up at 8pm.