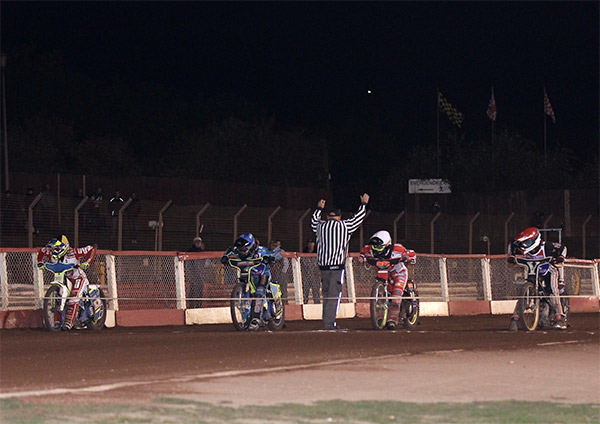 Following the release of the BSPA AGM statement, it is now confirmed that the Hammers Championship license is on ice for the 2019 season, as per the recent announcement from Stuart Douglas.  The club will provide an update shortly.

The BSPA are delighted to report that the 2018 AGM has successfully concluded and has delivered a number of positive benefits for 2019 and equally importantly, stability going forward.

British Speedway in 2018 has achieved tremendous success in the International and European competitions. The British Premiership, Championship and National Development Leagues have entertained a growing and more diverse audience by consistently delivering speedway of the highest quality.

It is clear from the data received from our media partners that British Speedway remain fit for purpose as a sports product. On this basis the BSPA have identified that the evolution of the regulations combined with delivering general stability through the sport, and a league structure that enables a clear progression pathway, are some of the key objectives for the short and medium term.

The following 2019 actions are designed to deliver against this criterion:

• New Limited Company -The BSPA has now agreed to transition to a Ltd Company from the 1st December 2018. The new company will be; The British Speedway Promoters’ Association Ltd. In accordance with British accountancy requirements, the BSPA business will submit timely audited accounts to Companies House. All current business assets will be transferred in their entirety and the association remains financially viable. The articles of association have been approved at the AGM.

• BSPA Communications – To ensure that the good work of the BSPA is communicated correctly, the BSPA will pilot a monthly press release generated by the Directors.

• The International Speedway League Bureaux (ISLB) – Agreement has again been reached that Great Britain has secured ‘protected rider’ race days for Monday and Thursday within the European events calendar. The British Premiership League will race on Mondays and Thursdays for 2019. This will assist each team to present a more consistent rider line-up to their supporters.

• GB Speedway Team – has delivered a fresh brand image and new look to the GB Speedway Team, that has delivered success both on and off track. The BSPA are delighted to confirm that Rob Painter and his team at VRX Motorsport will continue to run, in accordance with the BSPA licence terms and condition, GB Team Speedway through to the contract renewal in 2020. In addition, the BSPA have agreed that Alun Rossiter and Neil Vatcher will, under the same licence conditions, retain their roles through to 2020. They are GB Speedway Team Manager and Young Lions U21 Team Manager respectively.

• GB Speedway Team Test Matches – Every effort will be made to stage 3 GB based test matches during 2019.

• The BSPA League Structures for 2019 will be; (NB to support the progression of riders who have progressed through the National Development League, all riders will receive a 2.5% reduction in their average)

• 2019 Championship Clubs
• Berwick
• Edinburgh
• Glasgow
• Redcar
• Sheffield
• Scunthorpe
• Newcastle
• Somerset
• Leicester
• Workington
• Two National Development League clubs will be joining the Championship and both clubs will be formally announcing their elevation over the next few days.

• National Supporters Club Group
• The BSPA is looking to establish a national supporters club group. Each official or designated supporters club, will be invited to nominate one liaison member from their club. The purpose is to provide supporters with a mechanism to express views, share ideas and have an active communication channel with the BSPA. More information to follow with the aim to be active before the commencement of the 2019 season.

• Rider ‘doubling down’ and rider progression opportunities
• For a number of reasons, the BSPA has activated a phased 5-year plan to create a clear progression ladder for up-and-coming riders. In addition, the plan will gradually reduce the number of ‘doubling down’ riders between the Premiership and Championship Clubs. For 2019 the Championship Club rider average has been reduced to 38 points. The average conversation rate from Premiership to Championship will be 1.5. This conversation rate will increase (For example 1.6 in 2020) by one point each year until the rate reaches 2.0.

BT Sport
• Are a valued partner again for 2019
• The coverage has attracted an average of 98,000 unique viewers
• Viewership of speedway on BT Sport has increased 41% year on year