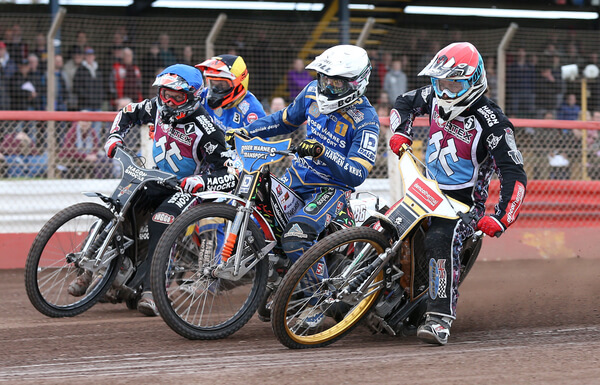 The Vortex Lakeside Hammers are counting down to this weekend’s Dinner dance, which takes place on Saturday night in the downstairs Garden Suite at the Thurrock Hotel, Ship Lane, Aveley.

The night, which has sold out, has been organised by the club’s Social Committee and will include chats with all the riders, the Hammers rider of the year presentation, plus trips down memory lane with special guests and former Hammers legends Martin Goodwin, Jan Pedersen and the club Co-founder, former promoter and manager Peter Thorogood.

Raffle prizes on the night include a 50% discount on a season ticket, a Hagon Shocks Academy day, VIP race night tickets for 4 people, Speedway charms, and Hagon Shocks clothing amongst  others, along with a signed race bib for auction. All proceeds from both the raffle and auction will be donated to the club.

All guests are asked to arrive no later than 6.30pm, to receive a welcome drink at 6.45pm, with the sit down meal server promptly at 7pm, followed by a disco and dancing into the early hours.