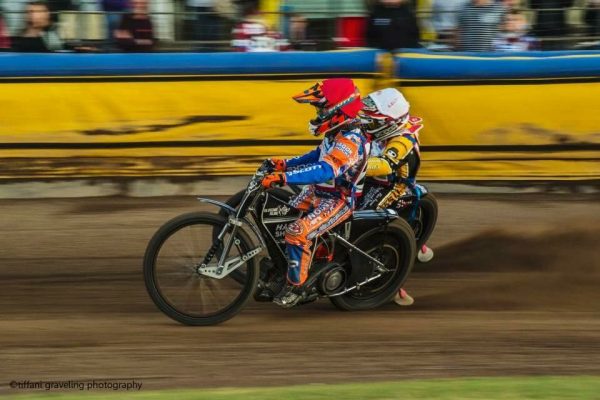 Talented teenager Jason Edwards will get his first taste of senior speedway at Lakeside on Friday – and he’s in at the deep end!

Edwards, who turned 15 last month, has been handed a dream debut for the Vortex Hammers in their National League play-off semi-final 1st leg showdown with Belle Vue at the Arena Essex Raceway (8pm).

It’s a reward for his impressive performances during the youth races throughout the season under the watchful eye of former rider Martin Hagon and the Hammers’ Hagon Shocks Academy.

The Billericay boy rates Lakeside as his favourite track.

Hammers co-boss Jon Cook said: “We are delighted to offer a local youngster the opportunity to race for the club.

“We aren’t putting any pressure on him, even though it’s a play-off meeting, we just want him to go out there, enjoy himself and see what he can achieve.

“Kelvin Tatum and myself have watched him progress throughout the course of the season and believe he has the potential to have a very bright future in the sport.

“We hope every Hammers fan will come along and get behind Jason and the rest of the boys on Friday.”

Meanwhile former National League title winner Max Clegg has been booked to cover for the injured Zach Wajtknecht in the No.1 spot.