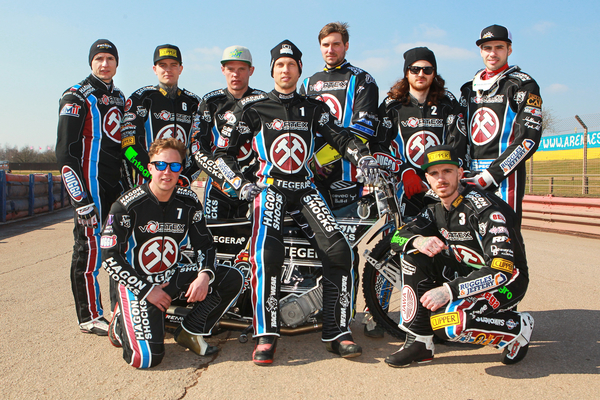 LAKESIDE coach Kelvin Tatum is desperate to see his side complete a quick-fire double over Leicester as they travel to Beaumont Park on Saturday (7.30).

The Vortex Hammers made it two home wins out of two with a convincing victory over the Lions at the Arena-Essex Raceway on Friday night.

They will now aim to claim their first away points of the season after suffering a 51-39 defeat at King’s Lynn last week despite a promising display.

Tatum insists the unfancied Midlands outfit will pose a much greater test on home shale – but he is nonetheless looking to see the Hammers emerge victorious.

“It would be lovely to win away from home, of course, but they are never easy to achieve,” Tatum said.

“I sense we’ll face a stronger opposition than we did at home, particularly from their middle order who struggled badly.

“We’ve won twice at our place and given King’s Lynn a good meeting in our only away fixture, so it’s been a positive start and it would be great if we could build on that with a good result at Leicester.

“It’s another quite technical type of track that I’d like to think will suit us and give us a chance to come away with a victory.”

Both sides will be at full strength for the meeting, with Leicester welcoming Josh Auty back at reserve after he missed the clash at the Arena-Essex Raceway due to Premier League commitments.

Tweet
« Hammers see off The Lions » Hammers take all the points