Mouthwatering opener for the Vortex Hammers 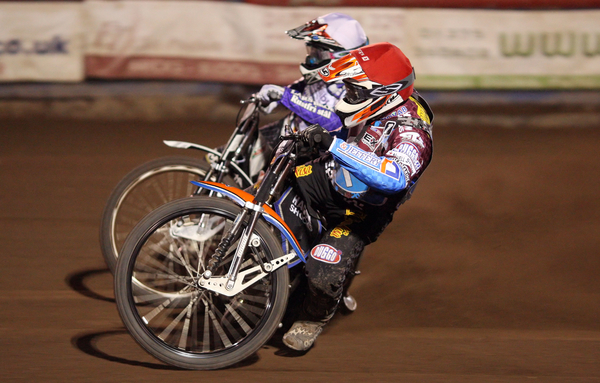 The Vortex Lakeside Hammers will go straight into home Elite League action on Friday 28th March with their season opener and the opposition couldn’t be tougher with the Swindon Robins being the visitors, the only team to win at the Raceway in 2013 when they won on two occasions.

The Hammers Co Promoter Jon Cook commented: “What an exciting and risky way to start. The Robins have been dynamite at our place but we believe the 2014 Hammers can kick off our season in style. All of our riders will have been in action as we ride a Challenge at Poole 48 hours earlier, plus we have the track at the Arena Essex Raceway all week for practice and what better way to start the season than with three League points!”

Explaining the cancellation of their home Challenge against the Poole Pirates Cook continued: “Once it was clear that Darcy Ward would be racing in an open meeting in Poland it really wasn’t an option to take on the Pirates without the most entertaining rider in the World and other challenge opposition really weren’t attractive enough to go against Speedway on TV that night. Our first League meeting is, however, a different matter and we will stage an extra meeting of some kind later in the year, possibly during World Cup week, for our supporters.”

With the clock quickly ticking down to the start of the season the Club will shortly confirm details of the ‘Press and Practice Day’ on Tuesday 25th March, which will follow the now traditional theme of being open house for fans to get behind the scenes and close to the riders.