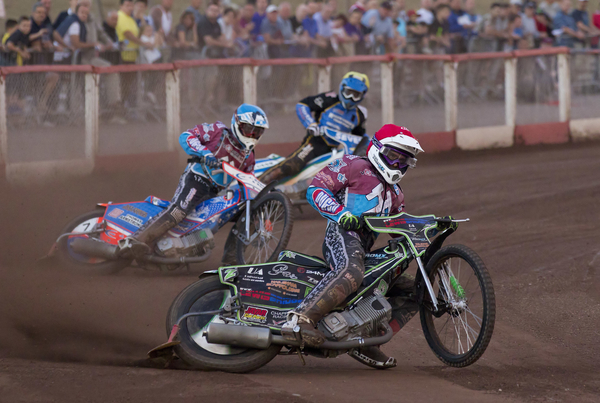 Representatives of the Vortex Hammers travel to Coventry for this year’s British Speedway Promoters Association’s AGM, hopeful that the sports leaders will oversee a return to more regular racing and also banish the unpopular Tactical Ride rule to history.

Vortex Hammers Co-Promoter Jon Cook commented:  “There is no getting away from the fact that this is the most important AGM of modern times and a real opportunity to bring about changes that will put British Speedway, its fans and its own riders first.

Whilst we await the conclusion of TV contract talks, the period has given us time throughout the sport to reflect on both the good and bad elements that have evolved ever since the Elite clubs made the decision in 1997 to form a league to secure TV coverage, which was achieved a year later.”

He continued  “For our own club and many others, we are now running at too large an expense per meeting and as a result of other clubs wishes, have reduced our league programme to below a level acceptable to our landlords, our riders, who don’t have the luxury of riding in multiple leagues, our sponsors and most importantly our fans.

The problem we now have is that expense is too great to add in another half a dozen meetings at the current levels, as we have all got business plans dependent upon dividing our off-track revenues by 14 meetings and not 20.

Therefore, real change is required to return to regular Friday speedway, regardless of what future TV contracts bring to the sport.  That is our priority over the coming weekend.  At the very least we want three meetings a month with the fourth week free for potential rain offs.

Team strengths should be secondary to that need.  Let the riders that want to commit to British speedway first and foremost and not hide behind the international calendar when it suits, be our priority too.

And finally let’s throw the Tactical Ride rule in the bin. The greatest promoter of all time, speedways father, Johnnie Hoskins used to set fire to his hat.  I think we should start the 2014 season with a ceremonial burning of the black and white helmet colour from Plymouth to Edinburgh and every track in between.”