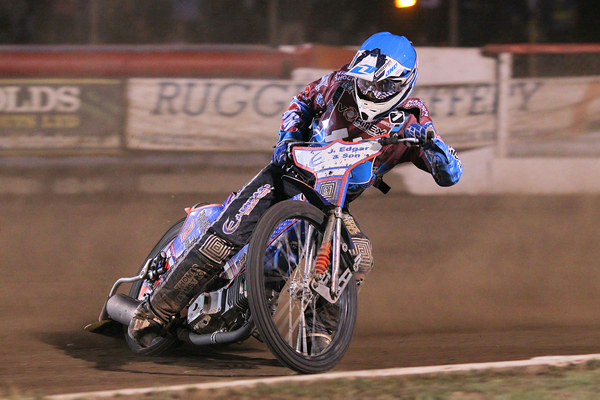 Vortex Hammers Promoters Stuart Douglas and Jon Cook will take time to review where the clubs Play-off hopes failed in the weeks ahead, before the club mounts a new challenge for honours in 2014.

As the sport enters a winter of uncertainty with regards to the on-going talks around its Sky Sports TV contract, which currently terminates in October, the duo are open minded as to the future of top league racing in the UK.

Commenting on the disappointment of dipping out of a top four Play Off finish in the final run in,  Co-Promoter Jon Cook commented

“We feel hugely let down by a number of factors that have contributed to our failure to miss out on that top four spot, several of which were not within our control.  However this is a delicate time for the sport and we will make our thoughts known behind closed doors, in the meetings to come.

Ultimately it was our on track performances which should still have secured us a Play Off place, and we felt the expensive mid-season changes we made should have put us in the frame for the Play Off final itself.

That, unfortunately wasn’t the case and we have to look at how we build future teams and who is in them. At the end of the day we can’t ride the bikes for the boys, but we do pick the team so responsibility for our failure on track rests at our door.”

On the club as a whole,  Cook was more buoyant stating:

“Off track, the season has recovered from the freezing cold start, with crowds back to their 2008 levels. This included one of our highest ever Friday crowds for our final League match of the year. The Hagon Shocks Academy is now up and running and we have terrific sponsors in Vortex Exhaust Systems & Skidmarques, both of whom are already on board in 2014.

The racing at The Raceway this year has at times been stunning, with barely any dud meetings and to cap it all off the Highways Agency even delayed the Dartford Bridge repairs every Friday night to allow fans to cross without hold up, as the ending of our meetings was adding considerably to  congestion!

In short, off track our performance is the envy of many so now we will spend the winter months looking at freshening up the on track side of things to give our fans, sponsors and staff the team they deserve, and we thank them all for their backing of the club”

Cook also confirmed that the club were awaiting Premier League play off dates, to see if it was possible to run another meeting at the Raceway early in October with a team to include Richard Lawson & Adam Ellis. A decision on this will hopefully be made early next week.