All eyes on Worrall as The Hammers aim to bounce back 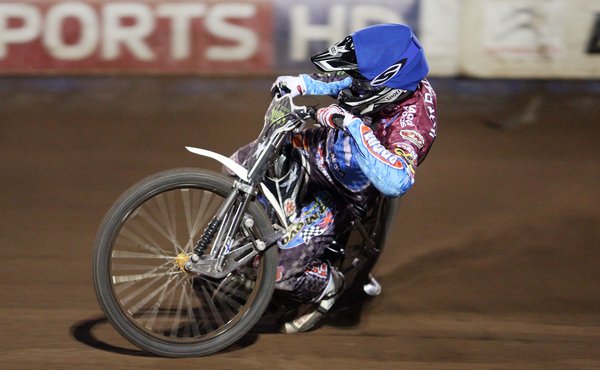 The Lakeside Hammers new sensation Richie Worrall will retain his place in the home line up as the Essex based Club attempts to get back to winning ways with the visit to the Arena Essex Raceway of the highly fancied Peterborough Panthers this Friday, 11th May.

Worrall made an immediate impact on his home debut last week with a fine eight point return on top of his double figure debut away at Belle Vue and immediately made himself the new darling of the home crowd with his no nonsense style of racing. He will again partner fellow Brit Robert Mear at reserve, Mear being the only other rider to come out of last week’s defeat with his pride intact.

Co Promoter Jon Cook stated: “Richie has made an immediate impact at the Club and we are over the moon that, for the second year running, we have a young Brit making a success of things in the Elite League. His and Robert’s performances last week eased the pain of defeat to a degree and this week we look to their more experienced team mates to get back to form as we need three League points back on the board to stay at the right end of the table.”

Cook also confirmed that an agreement in principle has been reached with Scunthorpe, who own Worrall’s contract, for the Essex club to have first option on his purchase when and if the rider is made available for transfer.

The only change to the Hammers team that rode against Poole last Friday is that Kauko Nieminen returns in place of Stuart Robson as the double up rider for this important League match.

Peterborough have booked in the King’s Lynn No.1, Niels Kristian Iversen, to replace Kenneth Bjerre, who will be competing in the Czech Grand Prix in Prague the following day. Joining Iversen in the Panthers line up will be three of his fellow Danes, Rene Bach, Michael Jepsen Jensen and Jesper B Monberg plus former Rye House rider Linus Sundstrom from Sweden, British International, and former Hammer, Oliver Allen and Richard Lawson. Danish sensation Jensen will now be in the top five of their side following some very impressive high scores from  early season matches and that sees Monberg drop down to one of the reserve positions.

The Sky Sports Elite League action against the Panthers gets underway on Friday at 8pm, but prior to that, at 6.45pm, the Young Hammers meet Peterborough’s junior side, the Thundercats, in an Anglian Junior League match. Tickets may be purchased on the night from the pay booths or in advance via the Hammers website at www.lakesidehammers.co