Ben’s the boy for The Hammers 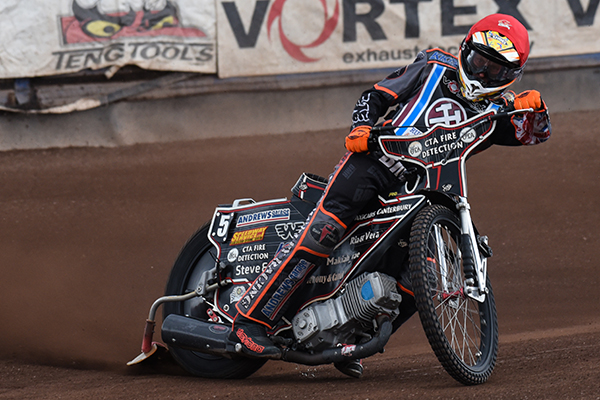 Lakeside have started their Championship team building by sealing the return of British talent Ben Morley.

The 23-year-old enjoyed a brilliant season with the Vortex Hammers during their 2017 National League campaign and finished the year as the third tier’s top points scorer, and picked up the clubs Hammer of the Year award.

And after also racing for the Purfleet outfit in the top flight back in 2014 and 2016 too, Morley will enter the record books as one of the few riders to ride for the club in all three divisions of British Speedway.

Said Morley: “As soon as the phone rang and they offered me a team place, I jumped at the chance to come back.

“Lakeside have plenty of good people behind the scenes, the set-up is spot on and it’s just a good club all round to be a part of.

“I really enjoyed this year with Lakeside and I had a pretty good record around the Raceway too.

“Hopefully I’ll be able to use everything I’ve learnt from there before, and carry on where I left off at the back end of 2017.

“I’ve heard what team they want to try and put together and if they can get the riders they want, then I think we’re in for a big year and it’s a team that I think would bring the crowds flooding back.”