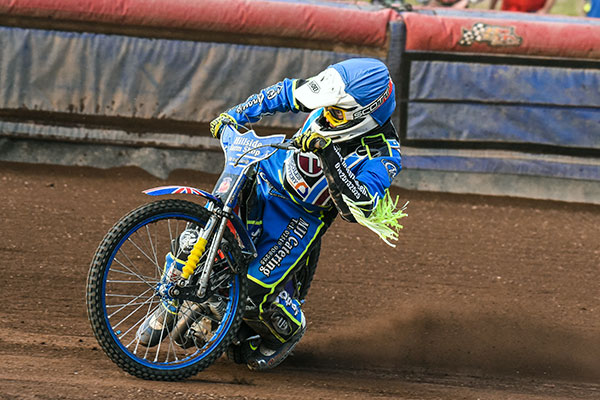 Lakeside co-promoter Jon Cook is relishing the challenge of taking on the reigning National League Champions as they head to Birmingham on Wednesday (7.30pm).

The Vortex Hammers head to Perry Barr high on confidence after a promising start to life in the third tier.

After four straight wins, Cook believes their side are beginning to hit top form as they aim to challenge for top honours.

And he hopes they will rise to the occasion of taking on one of the top sides in the Travel Plus National League to add to their points tally.

Said Cook: “Obviously it’s one of the tracks the boys will be more than familiar with, and it’s somewhere we’re used to racing at a higher level.

“It’s nice to go to the stronger venues in the National League, it’s a challenge we’re looking forward to and hopefully the boys can rise to it.

“We feel like we’re starting to kick-on a bit now, so hopefully we can be in the mix and get a good result on Wednesday.”

The Vortex Hammers will be at full strength whilst Birmingham hand a debut to former Lakeside man David Mason and have Alex Spooner and Taylor Hampshire guesting at reserve.