Bridger targets more of the same 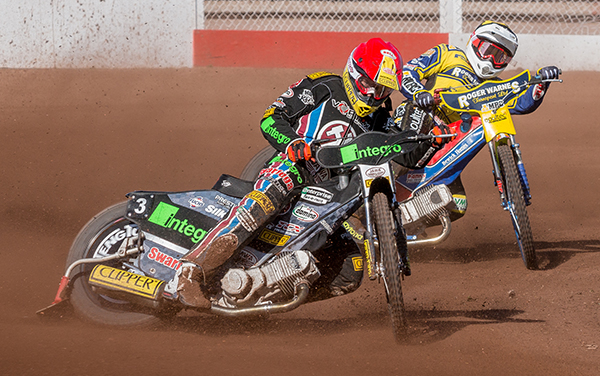 Lakeside star Lewis Bridger is keen to pick up where he left off heading into a big week for the Vortex Hammers.

The British racer bagged two impressive race wins in his final two rides to see the Purfleet outfit over the line as they defeated title favourites Poole at the Arena-Essex Raceway last Friday.

After a week to gather their thoughts after a breathtaking start to the campaign, the in-form Hammers will travel to Monmore Green to take on Wolverhampton on Monday (7.30). They will then welcome Swindon to the Arena-Essex Raceway on Friday April 22 (8pm) as they look to strengthen their grip on the top spot in the Elite League table with another successful week.

Bridger was delighted to give his confidence a timely boost with his late heroics against the Pirates – and he is now aiming for more of the same over the coming week.

Said Bridger: “It took me a couple of heats to get settled in against Poole, but then I managed to pull those two wins out the bag at the end so I was delighted with that.

It was a great win for the team and it was nice to wrap up the win with that ride in heat 14. I think the way I came from behind in heat 14 especially just proves we do have the power in these Jawa engines we’ve got with the Revolution race bikes. We just need to try and carry that sort of form on when we go onto the away tracks and try to score more points on a consistent basis.

The atmosphere in the pits is really positive this year, there is a good spirit in the team. I think that’s played a big part for us so far, and we are really happy with how we’ve started the season so we want to try and keep that going.”