Busy week for The Vortex Hammers – Mear out tonight 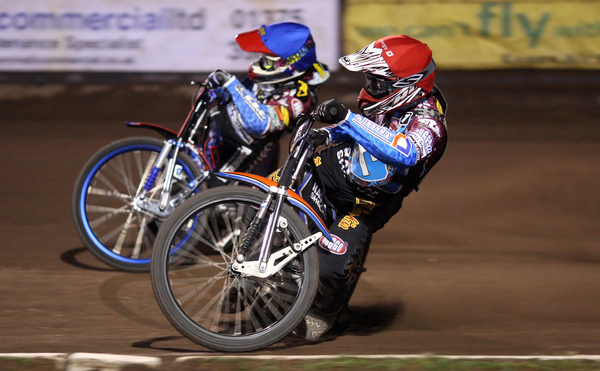 The Lakeside Vortex Hammers face a busy week on the road,  as they continue their quest for the all important top four Play-off places in the Sky Sports Elite League.

First up is a trip to Manchester tonight (20th May) when the Essex based side take on the Belle Vue Aces.  The Aces will be without their GP riders Matej Zagar & Captain Ales Dryml, who are both competing in the Speedway Grand Prix Qualifier in Germany today, and will be using the guest facility for both riders, with Birmingham’s Chris Bomber Harris in place of Zagar, and former Belle Vue rider Mark Lemon riding at reserve for Dryml.

The Hammers have a team change of their own, with  Somerset’s Josh Grajczonek coming in at reserve for Robert Mear, who crashed on his Motorcross bike yesterday, and is suffering from mild concussion.

The fall came on the same day that The Vortex Hammers have agreed a temporary loan deal for the popular reserve with The Rye House Rockets, enabling him to gain further racing in the Premier League, with his Rye House debut scheduled in their Sunday’s home League Cup fixture against Plymouth.

Hammers Co-Promoter Jon Cook commented ” Rob sounds rather groggy today and not in a fit state to drive up to Manchester, but we are both delighted that he has secured some much needed, further speedway meetings, and hopefully we should have him back on Wednesday, but Josh will again cover at reserve if Rob still isn’t fit.

On Wednesday, The Vortex Hammers travel South,  returning to the venue of their recent away win, The Poole Pirates.  The Pirates, currently 7th in the Elite League, have introduced three new riders since the Hammers famous victory.

Having already named Przemyslaw Pawlicki as a replacement for the injured Darcy Ward, the South coast team have now added former Pirate Thomas H Jonasson replacing teenage Brit Kyle Howarth in the club’s re-shuffle. Latvian Andrej Lebedev was also scheduled to replace Dawid Stachyra in the side, however doubts over the Lativans schedule means that the Pole retains his place.

The Vortex Hammers then return to their own Arena Essex Raceway venue on Friday the 24th of May, when they take on the Coventry Bees, who include former Hammers Krzysztof Kasprzak and Stuart Robson in their line up.