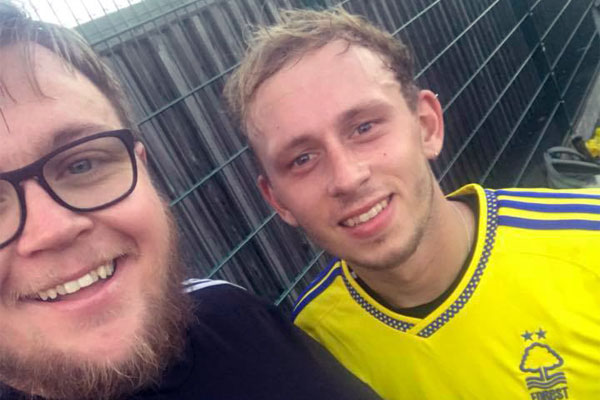 As mentioned in May, as part of the clubs Community Programme, the Hammers are delighted to provide their backing and support for a Charity Football match in May 2019, which is being held to raise invaluable funds for Mind UK, the UK charity which provides support and advice for all aspects of mental health.

The Charity Football match initiative, which has full authorisation from Mind UK, has been set up by Hammers fan Danny Brumpton (pictured with best mate Ben Morley), who having suffered and recovered from depression and anxiety, is now looking at ways to help the charity, which helped him.  (the original story can be found here)

Danny has provided an update on the game below.

First of all, we would like to thank the Lakeside Hammers and their fans for the support that has been shown to us so far since the first press release. A huge amount has been happening behind the scenes, so we have provided a a quick update with how we are getting on.

We currently have two events planned, first, we have a quiz night which is being held in Rochford on Friday the 5th of October.  The quiz will consist of 12 teams with cash prizes for first and second place.  Teams consisting of 6 players cost £24 a team or £4 PP, and there will be live music, raffles and a bar. Once again, all proceeds to the charity of Mind (South East Essex).

The second and main event is of course the charity football match, for which we have now raised over £1,000 which is amazing! We are however only just beginning, we now have both teams confirmed, consisting of friends and family that have suffered in some form from mental health or anxiety, either it being themselves or a family member.

Having spoken with Southend United we cannot confirm the final date until the January 2019 as it will be dependent on their play-off chances.  We also have a new kit which has been designed especially for the event.

Raffles prizes are coming in thick and fast from various companies, including a lot of signed sporting items, such as Gary Anderson signed darts.

For the big game itself, we are currently looking for the following:

I also have a selection of Benjamin Morley Signed pictures, which can be personally signed and sent to you for a £5 donation: 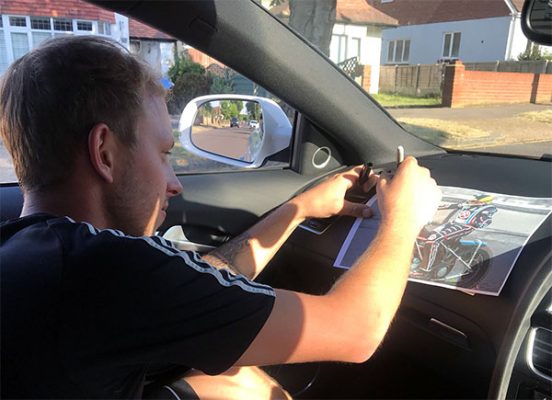 We are aware that a few people have asked for more details of the game and we have written up information pages, which we will email out within due course. Thank you for your patience

That is the update so far, as soon as we have more information we will pass on to everyone.

On a personal note, it’s been 3 months since I’ve been taken off any form of medication and I haven’t missed a single Hammers home meeting at The Raceway.  There is a real feel good factor this season and I can see the #Hammer boys going all the way.

Once again if you are interested in any of the above sponsorship opportunities feel free to contact us through any of our media outlets.

Thanks again for your time and interest in our project