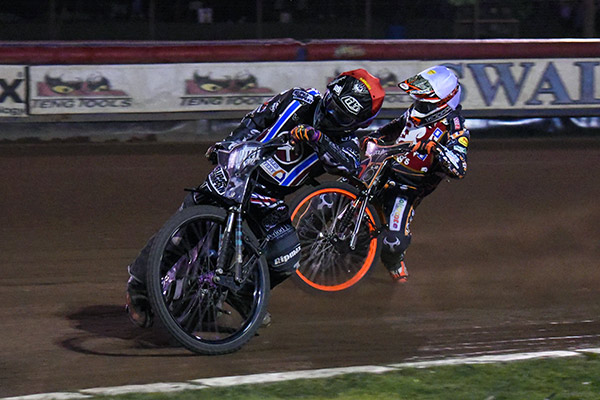 Lakeside boss Kelvin Tatum believes the pressure is off heading into their National League play-off semi-final second leg at Belle Vue on Friday (7.30).

The Vortex Hammers will take a 16-point lead to the National Speedway Stadium after a determined display at Purfleet last week.

The result has left their title dreams hanging in the balance as they aim to secure a spot in the Grand Final by dumping out the table-topping Colts.

And Tatum admits the tie could still swing either way as they look to pull off a shock success against the title favourites.

Said Tatum: “It’s a reasonable chance for us to defend our lead, and it’s a one off meeting where anything can happen.

“We’ve got nothing to lose going to Belle Vue this week. They’ve always been the favourites but if we can get past them it would be a fantastic result.

“It won’t be easy, Belle Vue have been fantastic at home this season, but if we can get off to a good start and keep ahead entering the last few races then we have a chance.”

The Hammers again utilise Max Clegg as a guest for Zach Wajtknecht, whilst rider replacement covers for the unavailable Nick Laurence.