End of one era, beginning of another 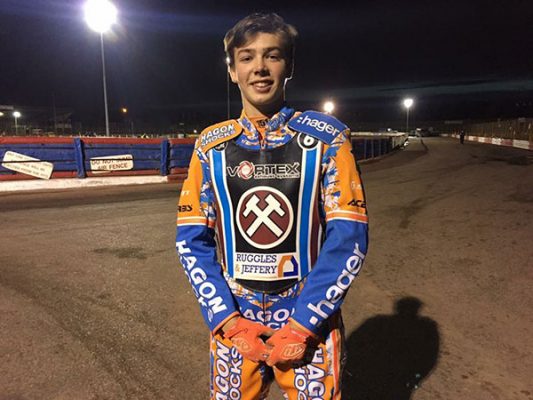 Fans are preparing for an emotional farewell to the Arena Essex Raceway tonight – but for one Lakeside rider there is cause for celebration.

Hammers squad member Jason Edwards will be No.8 in the side for the vital Championship clash with Glasgow on his 16th birthday. The action starts at 8pm.

And club co-promoter Jon Cook said: “As the curtain comes down on our tenure at the Raceway, this date may well have double significance as Jason becomes the youngest rider in our history to be included in the professional team.

“This is just 12 months after he became the youngest rider ever to represent the club in the National League at 15!”

Speedway has been raced at the Purfleet venue continuously since 1984 but with developers taking over the site Hammers are now moving to Rye House where they race a double header against Newcastle and Peterborough tomorrow.

And Cook admits: “I’ve been expecting this day to come for some time now, it’s quite amazing that we have lasted here all this time and that’s down to one man, Stuart Douglas.

“His loyalty and determination has kept us going through some tough times, but there have also been many highs along the way.

“I’m certain there will be many tears shed as Leigh Lanham, our all time record scorer and appearance maker, takes the final laps of the Raceway tonight.”